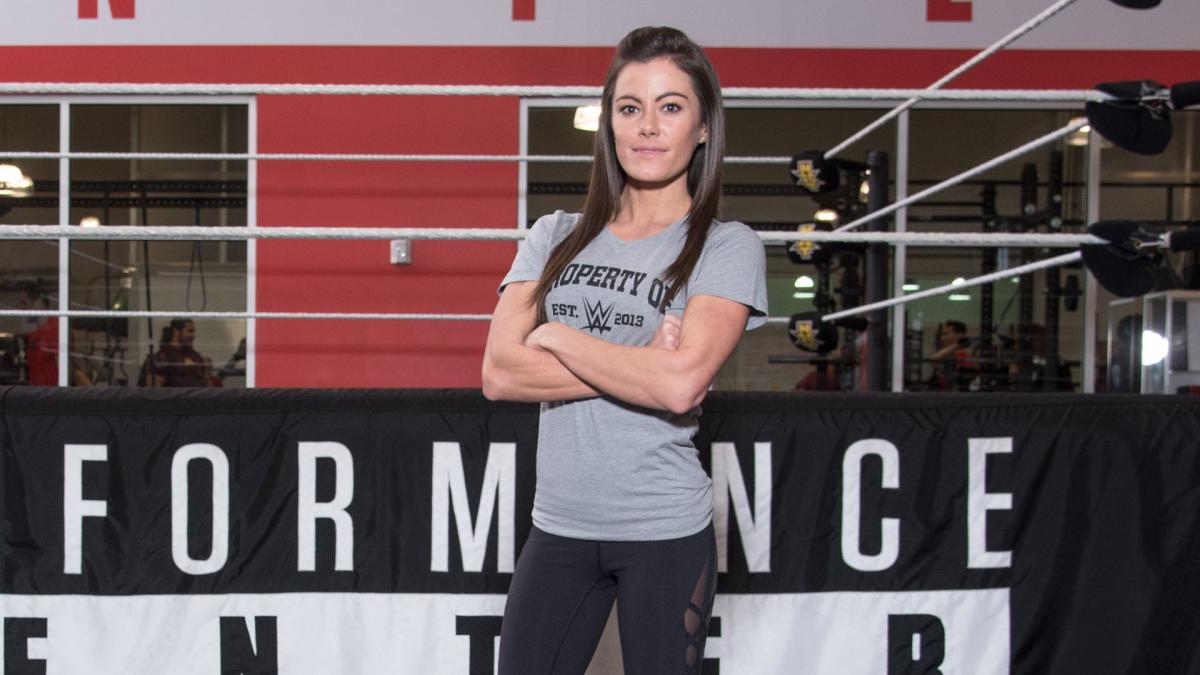 WWE has had many warriors throughout its history from the Ultimate Warrior to “the Modern Day Warrior” Kerry Von Erich to the Road Warriors. The newest warrior to join their ranks is an American Ninja Warrior alumna Kacy Catanzaro.

WWE announced Catanzaro had reported to the WWE Performance Center.

It has been a big week for the Performance Center and WWE. Catanzaro arrives at the facility just days after WWE announced it signed talents Candice LeRae, Ricochet and War Machine – Raymond Rowe and Hanson. The company also announced that Jordanian professional wrestler Shadia Bseiso and Kuwait athlete Nasser Al Ruwayeh started at the Performance Center.

This is an impressive signing for WWE in terms of bringing in an athlete with a diverse background. Catanzaro became the first woman to complete the warped wall obstacle course on “American Ninja Warrior.” Prior to etching her name in ANW history, she was a former Division I gymnast and made the list of Sports Illustrated’s “Most Fit Female Athletes in Sports” on two occasions.

Catanzaro also participated in a workout the Performance Center last January and was in attendance at the Mae Young Classic.

During the workout, Catanzaro said training in a WWE ring was unlike anything she had experienced in her athletic career. However, she felt her backgrounds in gymnastics and obstacle course racing would be a big advantage for in WWE both mentally and physically. She also appreciated the women’s movement that was happening, not only in WWE, but sports in general.

Some fans may sour on the idea of Catanzaro receiving an opportunity to train at the Performance Center and become a WWE Superstar because she has no prior professional wrestling experience.

There have been numerous athletes through the history of professional wrestling who have come in with no pro wrestling experience but have learned and proven themselves and become good workers. Everyone has to start from somewhere and fans should give Catanzaro a chance to shine and prove herself.

Where she may lack in the experience department, she comes into the squared circle with an impressive athletic background, charisma and a cool backstory.

Her background in obstacle course racing could make her standout from other wrestlers. She could base her in-ring skills around a mix of high flying moves and strength, but have the endurance and flexibility to take on a strong opponent.

There arerumors that Carter is going to make a return to WWE, and there is a possibility he may appear in the Royal Rumble on Jan. 28. There’s no word if he will use his old name of Derrick Bateman, which was his sports entertainer handle before he left the company, or if he will go by EC3, as he owns the rights.