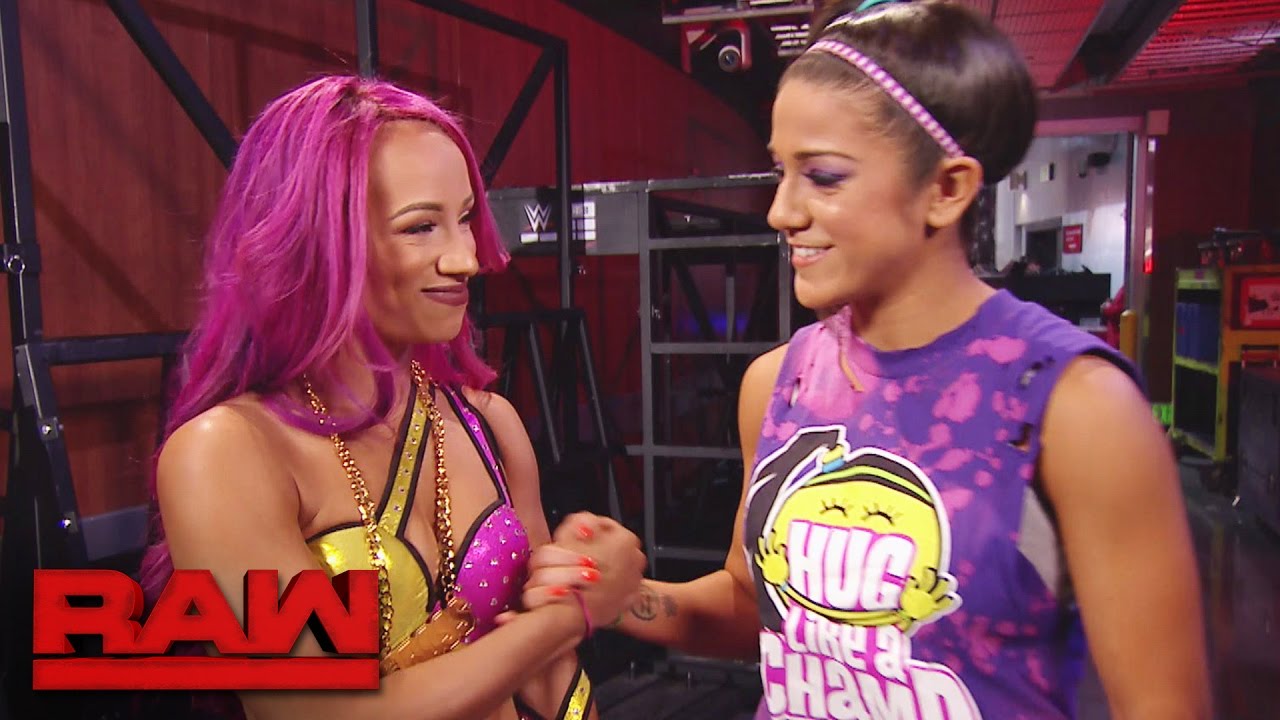 The Road to Wrestlemania is underway and for the most part, fans know the major matches taking place the Show of Shows.

One feud that seems to be brewing right now is a potential program between former Raw Women’s Champions Sasha Banks and Bayley.

Banks and Bayley recently had a Twitter exchange about the latter wrestling Asuka, which is leading some fans to believe they will enter into a program between the two NXT alumna. Given the timing, fans could see Banks and Bayley wrestle in a one-on-one match at Wrestlemania.

It’s only a matter of time.. https://t.co/MwRHqtprdN

Until I beat her… https://t.co/FfxxeYvI0u

Although it not be seen on the same level as the women’s title matches or other bouts on the card, Bayley vs. Banks would be a great addition to Wrestlemania in New Orleans.

The card for Wrestlemania is laid out for the most part. Four matches are confirmed for the event:

There are other unconfirmed matches for the event

If all of these matches come together, it will be nine matches on the main show. The Andre the Giant Memorial Battle Royal is usually held for the pre-show, but with the HBO documentary based on Andre, WWE may want to feature the match on a larger platform.

Adding Bayley vs. Banks would bump the main card to 10 matches, which is the same number Wrestlemania 33 had the year before. There are several potential matches WWE could book as the 10th match, but if the company wants to make Rousey a focal point of the show, it would make sense to have as many women matches as they can at the show.

Banks and Bayley are big enough names in the company to where they can build to a good match and make it a five-star classic.

Fans still talk about their two star-making performances at NXT Takeover: Brooklyn and NXT Takeover: Respect. They have had matches on Raw and wrestled on pay per views, but WWE could give them enough time at Wrestlemania to tell a great story in the ring that is as good as their singles matches or NXT, or better.

WWE doesn’t need to give them 30 minutes for their match.

Banks vs. Bayley at NXT Takeover: Brooklyn was under 20 minutes.

Some fans may complain that Banks vs. Bayley wouldn’t have the importance of a title match, but it doesn’t need to – at least not right away. Cody and Kota Ibushi at Wrestle Kingdom 12 didn’t have any stakes up front, but it did – at least partly – lead to the current drama between the American Nightmare and Kenny Omega.

Banks and Bayley can use their past in NXT, friendship outside of the ring and their rivalry as a way to build to their match at Wrestlemania. If the plan is to turn Banks heel, she could be Bayley’s friend and say the match is to see who is better, then turn on her during or after the match.

As for the aftermath, the winner of the match could go on to a new program with whoever they want. Bayley could resume her quest for the Raw Women’s Championship. Banks could as well, but she could also approach McMahon and say “screw championships, I want Ronda in the ring.”

Ivory To Join WWE Hall Of Fame Class Of 2018