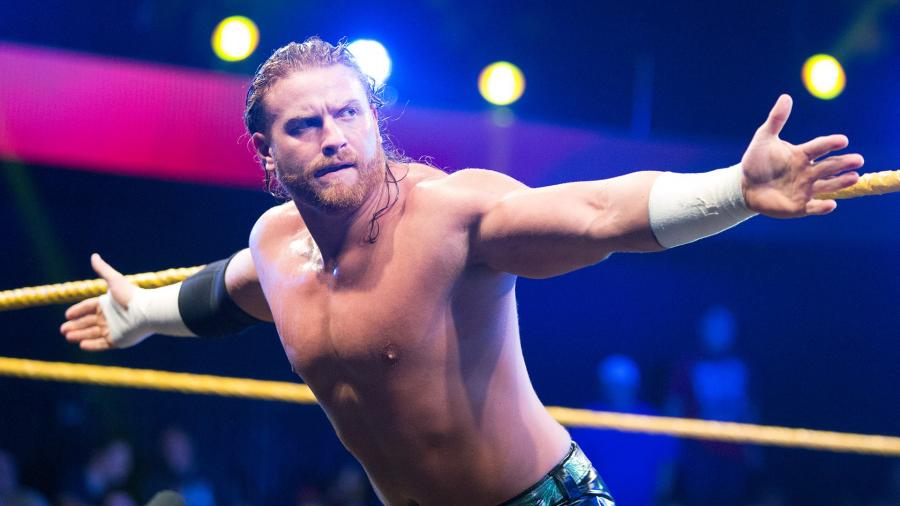 The 205 Live WWE Cruiserweight title tournament has introduced NXT and UK talent to the main roster, specifically Roderick Strong, Tyler Bate and Mark Andrews. One of the final names announced for the tournament is a face known to longtime NXT fans, Buddy Murphy.

It was announced on the Feb. 13 episode of 205 Live that Murphy will make his 205 Live debut against Ariya Daivari in the final first-round tournament bout. On the same night, Gentleman Jack Gallagher will face Mustafa Ali.

There was a video package for Murphy, who brought up his history in NXT and talked about training to get to 205 pounds. It ends with him weighing on the scale at 204.4 pounds. Yes it is professional wrestling, but the video package was something similar to what fans saw in the Cruiserweight Classic.

This is a big opportunity for Murphy, who is a former NXT Tag Team Champion, but some fans may wonder “really, this guy?” when it comes to NXT talent coming to 205 Live for their main roster debut. Many folks would have probably prefered Johnny Gargano, Tommaso Ciampa or even Lio Rush. Still, fans should give Murphy a shot to prove himself before they make judgements.

Murphy, real name Matthew Adams, signed with WWE in 2013 and reported to NXT. He spent months teaming with various superstars until he was put together with Wesley Blake.

The duo spent the latter part of 2014 losing to teams until they defeated the Vaudevillians and then challenged then-NXT Tag Team Champions, the Lucha Dragons, to a title bout.

They would capture the tag team titles from the Lucha Dragons and in the process, Murphy would become the first Australian wrestler to win a championship in WWE.

During their reign, they would feud with Enzo Amore and Colin Cassady and along the way join forces with Alexa Bliss. Their reign came to an end at NXT Takeover: Brooklyn when they dropped the titles to the Vaudevillians.

This would signal the beginning of the end for the team. After a loss to TM61, Murphy declared he was a singles competitor and would appear sporadically in NXT, losing to Shinsuke Nakamura and Kota Ibushi in 2016 and facing Blake in a match that went to no contest due to interference from Samoa Joe.

Murphy’s last televised NXT match was on Jan. 4, 2017 in a tag team match with Tye Dillinger against Bobby Roode and Elias Sampson. He has appeared at NXT live events in the last year.

Murphy is a solid worker in the ring who can fly but also dish out punishment to his opponents. By competing on 205 Live, Murphy has a new platform to showcase his skills and a new chapter to his WWE career.

If Murphy wins his first tournament match, he will face the winner of the Gallagher and Ali bout. Two more victories would put him in the Cruiserweight tournament finals at Wrestlemania.