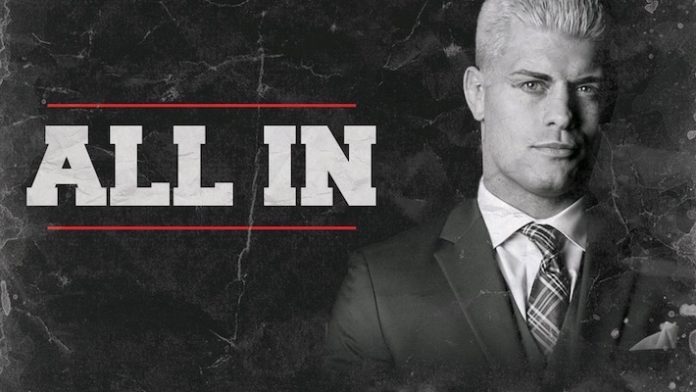 International and global superstar Cody Rhodes has announced the date for his ‘All-In’ wrestling event being co-promoted by Rhodes and The Young Bucks.

While no location has been set, Rhodes took to Twitter to announce the date.

Rhodes has spoken of his goal for the show to be hosted in a venue that has the capacity for 10,000 fans and that he would like to headline it with current WWE superstar Daniel Bryan who may be a free agent by that time.

Undertaker Vs. John Cena In Plans For WrestleMania