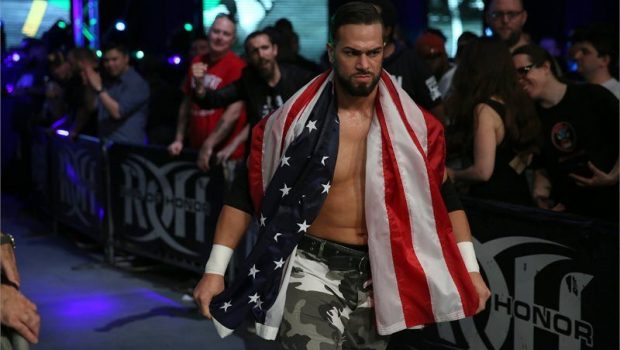 Ring Of Honor (ROH) star Flip Gordon has some lofty goals with the promotion, and he discussed them, along with his journey to the Ring of Honor promotion, recently during an interview with Wrestling Epicenter.

“It has been a fun journey. I wanted as much as I could and that is kind of what I did very early on. I started just wrestling in the Northeast.

“But, I did! I was able to learn at a very fast rate and I think that is what caught Ring of Honor’s attention.”

Gordon has his sights set on Bully Ray.

“Well, I want to get this thing with Bully Ray squashed, get that out of the way. And then, you know, I’ve been with Ring of Honor for over a year now, I have just re-signed, maybe it is time for a TV title run?”

“It is just insane! Not just from a wrestling standpoint but from an entertainer’s standpoint! Anybody from basketball to comedy to music to wrestling to theater, they want to perform in Madison Square Garden!

“That is the World’s Most Famous Arena! Like you said, it is the Mecca! That is a dream of mine coming true. I can’t wait! I wish it was April already! (laughs)

“For Ring of Honor and New Japan Pro Wrestling to put on a co-show, the G1 Supercard, and to sell it out that quick is a testament to how popular wrestling is right now and how much of a variety there is. Wrestling fans want something different.

“You can have a WWE show across town and have a non-WWE show sell out in the same city! There’s such a variety and it is cool to see how much wrestling is thriving right now!”

Related Topics:Flip Gordon
Up Next