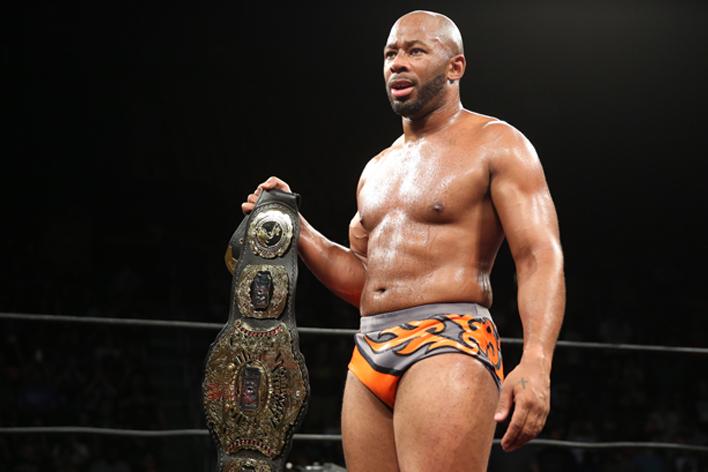 Ring of Honor World Champion Jay Lethal is known for his in-ring talent, but also for his ability on the mic, mainly for his impersonations of legendary pro wrestlers such as Ric Flair and Randy “Macho Man” Savage.

Lethal’s work doing impressions of Savage were memorable, and even caught the attention of the late WWE Hall of Famer.

During an interview with Gamespot, Lethal discusses his infamous “Black Machismo” gimmick, and Savage’s reaction to it.

The first time I spoke with [Macho Man Randy Savage], now I’m gonna be honest, I didn’t believe it was him because I can do a pretty good Macho Man impression, and I’m sure other people could too. I’m sure that I know a couple people who can do one” Lethal stated.

“So, when I was talking to him on the phone, deep down inside, I thought this could be somebody else playing a trick on me. Until Lanny [Poffo] actually confirmed that it was his brother. But he loved it. He said he didn’t watch it on TV but he did watch some of the stuff, he pulled my stuff up on YouTube and he absolutely loved it.”

Lethal’s impersonation was well received by Savage’s brother, Lanny Poffo, and recalled an interaction between the two.

“He loved it so much that at the All In pay-per-view, the days before Starrcast, big signing, there was so much to do. Well, I had a signing with Lanny, we were at the same table and he told me, ‘One of the things that I miss the most about my brother is, just sometimes at random times he would just yell at me. So if you could, just at random times throughout this signing just find a reason to yell at me I would love it.’”