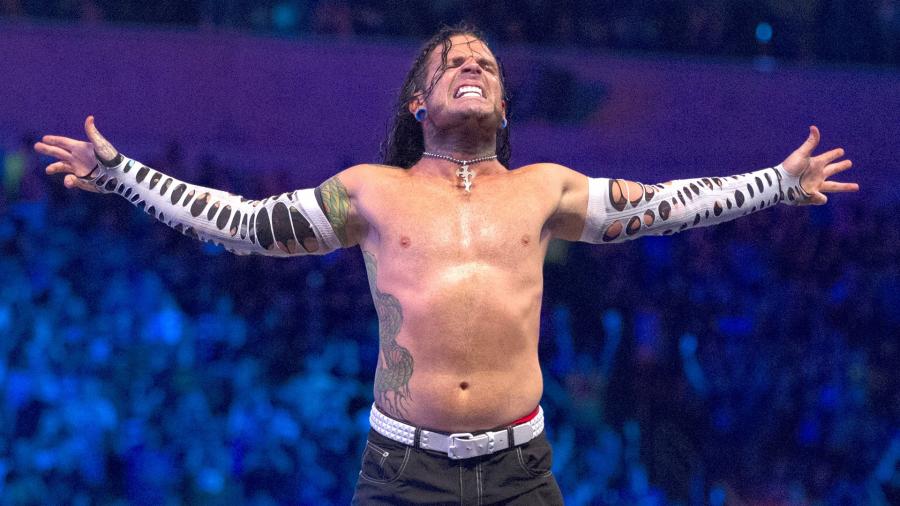 WWE Superstar Jeff Hardy is inching closer to his eventual return to the ring.

According to a report from PWInsider, Hardy is at the WWE Performance in Orlando seemingly training for his in-ring return.

Hardy has been on the shelf since he underwent surgery for a torn labrum and a torn rotator cuff in September. He sustained an injury during a six-way match on Monday Night Raw.

Last week, Hardy posted an update on social media, indicating he completed his last round of scheduled physical therapy and rendered his shoulder is no longer “Obsolete!”

While Hardy may be able to return to the ring in a physical capacity, there may be factors that could hinder his return or even prevent it.

PWInsider states that Hardy is supposed to appear in Cabarrus County Court on April 16. This is regarding his arrest in Concord, North Carolina on March 10 for driving under the influence. He crashed his car into a guard rail on the Concord Parkway, causing $8,000 in damages to his vehicle and $5,000 to the guard rail.

“Jeff Hardy is responsible for his own personal actions. We are investigating the matter and awaiting information from local law enforcement officials.”

This isn’t the first time Hardy has faced legal trouble In 2009, Hardy was arrested on charges of trafficking in controlled prescription pills and possession of anabolic steroids. He served 10 days in jail in 2011 after he plead guilty to the charges.

Hardy’s legal troubles and injury raised questions of whether or not he would appear in the upcoming “Ultimate Deletion,” which is the latest chapter in the feud between his brother Matt Hardy – under his Woken persona – and the Eater of Worlds Bray Wyatt.

Hardy returned to WWE with his brother at Wrestlemania 33, with the two of them winning the Raw Tag Team Championship in a four-team ladder match that included Sheamus and Cesaro, Enzo and Cass and Luke Gallows and Karl Anderson. The Hardys went on to have several matches with The Bar. In August he unsuccessfully challenged The Miz to the Intercontinental Championship.

There is no update as to weather or not Hardy will be competing at Wrestlemania this year, though it seems unlikely given The Bar will put up their Raw Tag Team titles against Braun Strowman in what is likely a handicap match.

If Hardy returns, there’s speculation he will be factored into his brother’s Woken/Broken Universe revising the Brother Nero character. However, there is a chance he could be given a singles run, which is something WWE has wanted to do for some time.

He is popular among the WWE Universe and fans want to see him have another singles push. If WWE moved him to Smackdown Live, he could have some good matches against the likes of A.J. Styles, Shinsuke Nakamura and Sami Zayn.

This will  stem from the results in his pending court case. Since he is training at the Performance Center, it’s a good indication that he is set on making a return to the ring.