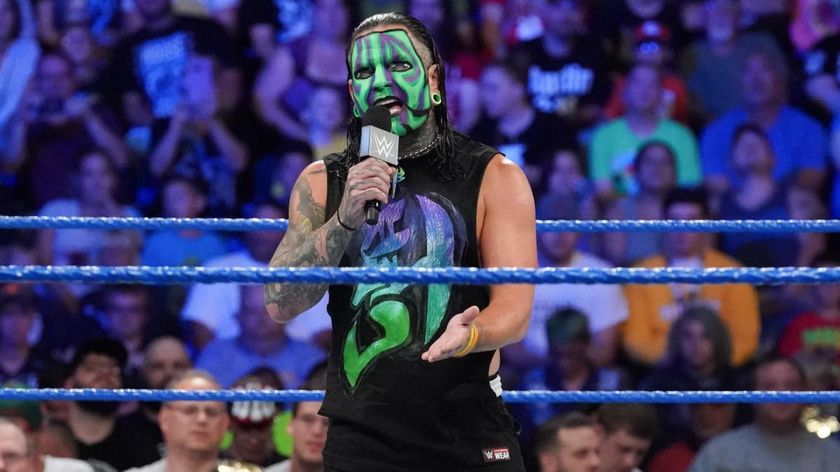 WWE superstar Jeff Hardy is preparing for his Hell in a Cell battle with Randy Orton this weekend and he recently took part in a media call to promote this Sunday’s event, courtesy of Wrestling Inc’s Akhilesh Gannavarapu.

Hardy says that with all he has accomplished in WWE, participating in a Hell in a Cell match has been a goal of his and something he hasn’t done in his career.

“Well, you know, it’s coming up really soon. I mean, it’s just days away, and I’ve been talking about it for the last eight years” Hardy said.

“The one thing I’ve never done in the WWE is (participate in) the Hell In A Cell match, and here we are. I’m in the Hell In A Cell with Randy Orton, and so I’ve been asking for it all this time, and now I have to see what I can do inside there. It’s going to be very memorable; I’ll do something that people won’t forget. That’s one to knock off my list as far as things that I want to do.”

Hardy also would like to win another world championship in WWE before he calls it a career.

“I would like to win the world title again for sure” Hardy admitted.

“That’s probably the main thing. Back when me and my brother returned at WrestleMania 33 we won the tag team championships. It’d be good now that we are doing solo deals, in singles competition to be the world champion again. That’s one thing for sure.”

As far as his match with Orton, Hardy says that fans can expect the unexpected.

“You can expect the unexpected. I think my thoughts are too big for my size sometimes. I got a lot of good ideas as far as what I can do inside that structure. And this Sunday, we are going to find out if what I’m thinking is possible or not. It’s going to be a very memorable Jeff Hardy match.”

“Yeah, I think so” Hardy said when asked about fans seeing his Brother Nero alter ego.

“I mean, I kind of feel like me wearing the face paint now, and breaking out the white contacts – it’s like a modified version of Brother Nero. And that might take a completely drastic turn this Sunday at Hell In A Cell. I might really go all out as Brother Nero. And who knows? You might even see Willow. He may pop up here. From the Broken Universe, anything is possible!”

Ember Moon Talks WWE Being Her Escape, Goals With Her Character