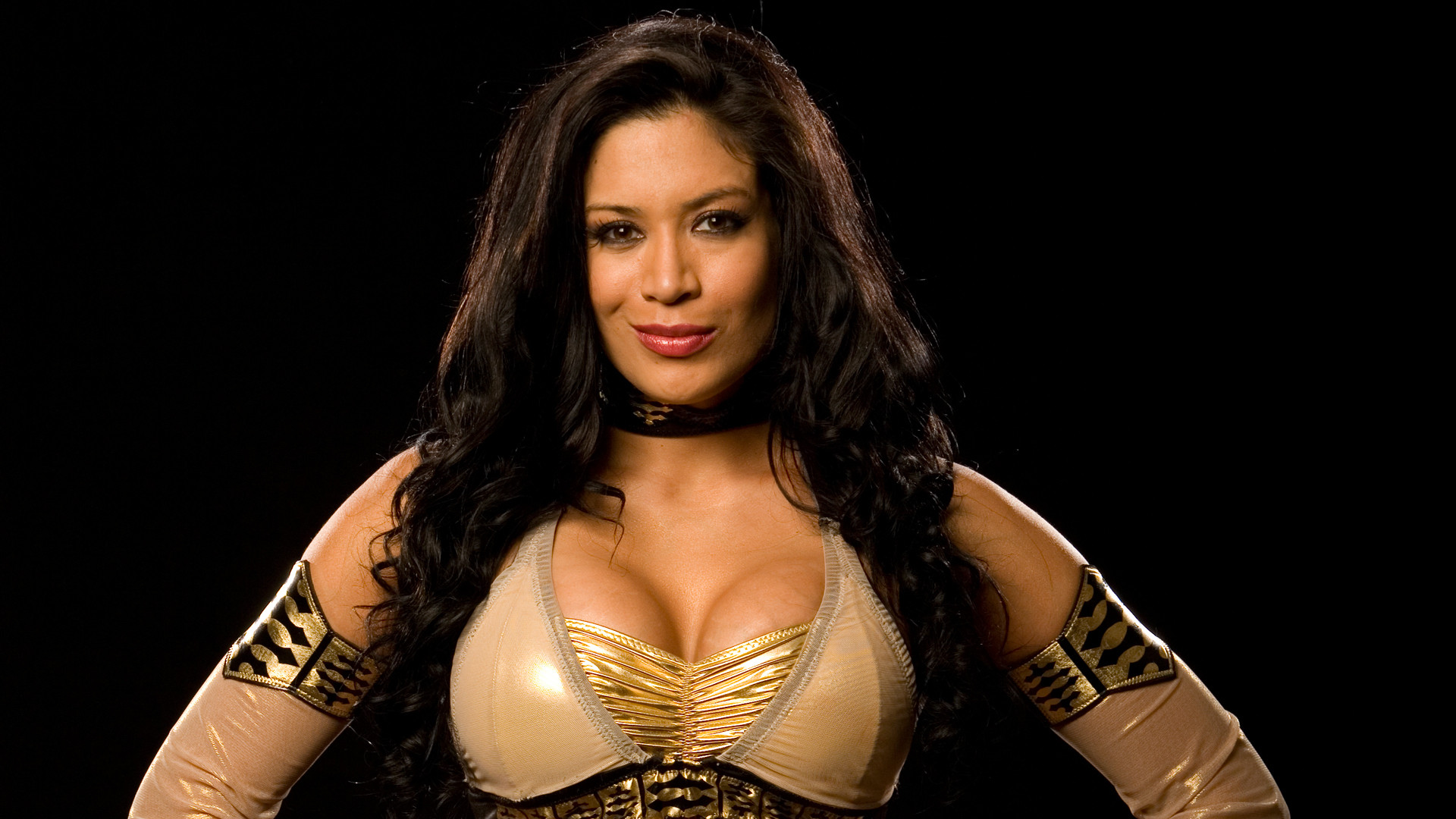 Former WWE superstar Melina took to Periscope recently to do a little question and answer session with fans regarding a number topics, including her future in the ring.

“That would be awesome” Melina said of the potential match. “It would be like the saddest thing because she’s like my little sister, so, I would feel so guilty. I know even before WWE people were trying [to set that match up].

It would be weird because she’s like my little sister.”

“Hypothetically, if we were to have a match she would be able to get one over on me because that’s my little sister, I don’t want to fight with her. But, when you’re young, you’ve got something to prove, you’re hungry, you’re like ‘you know what? I’ve been living in your shadow’. It’s like a sister scenario. ‘I’ve been living in your shadow long enough so I need to prove something.’”

Melina also discussed having nothing else to prove in the ring, and another run in WWE.

“I’ve heard so many people say, ‘you’re old, you’re this’. It’s like, yeah, granted I may not move the way I used to, I may not be able to do some of the stuff I’ve done” Melina explained.

“Seriously, the way my mind works it’s like I’m not going to be as hard-hitting because my mind thinks: ‘what’s the point? I already proved what I needed to prove, what’s the point?’

“But, when pushed to a certain point, being the person who’s experienced so much stuff I’m more methodical, I think things through more than a person who reacts on emotion.

“I’ll find a way because I’ve seen it all, people have taken what I’ve done, they put their spin on it. I see different ways of using my moves, of doing all that stuff. It’s like, ‘okay, you’ve taught me a little something, now I’m gonna put my spin on it and it’s gonna be so much better.’ Like, I think of all these scenarios, you know?”

“You got me thinking but, I’m not coming back to wrestling guys” Melina said. “No, stop making me think about this stuff, I don’t want to, I’ve got happier stuff, you know? I accept that my time has come and gone. I’m secure with that. I’m cool with that.”

Related Topics:melinazelina vega
Up Next

Enzo Amore Says He Is Done With Wrestling

Jim “The Anvil” Neidhart Passes Away