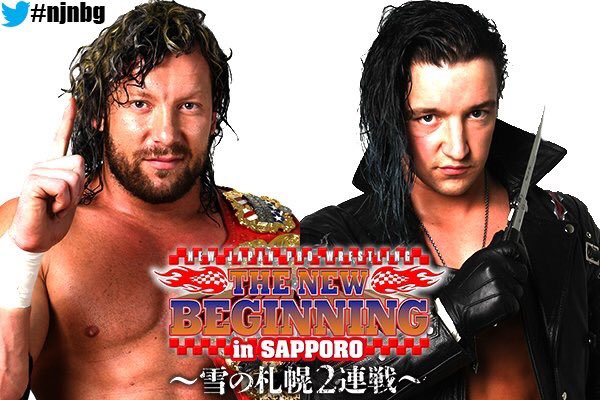 It was a shock to many fans in attendance who watched as White capture his first title in New Japan Pro Wrestling less than a month after he lost the Intercontinental title bout to former champion Hiroshi Tanahashi at Wrestle Kingdom 12. Omega won the U.S. title in July at the G1 Special in USA and held it for 210 with four successful title defenses.

After the match, Bullet Club member Adam “Hangman” Page appeared to challenge White for the title, but Omega asked him to back off. The other Bullet Club members hit the ring, along with Cody who started arguing with Omega and said he wasn’t being a leader. After a quick cool off, Cody, who hit the faction’s leader with the Cross Rhodes.

Page held Omega while Cody grabbed a chair – but before The American Nightmare could clean The Cleaner’s clock, Kota Ibushi ran out to chase off the rest of Bullet Club and save Omega. The former tag team partners embraced before Ibushi helped Omega to the back.

What a moment!! REUNITED AT LAST!! Watch now▶︎https://t.co/Tj7UBJ4PjP#NJNBG #NJPWWorld pic.twitter.com/mL9B6NBPiB

This is the latest development in the saga of Omega and Ibushi. The night after Wrestle Kingdom 12, Omega saved his former tag team partner from a beat down from the Bullet Club following a six-man tag team match.

After the events, Omega posted to social media, only with the words “A new beginning.”

Other than the tweet, there has been no official word as to whether Omega is still with Bullet Club or if Cody is now the new leader of the group.

Omega losing the U.S. title and Cody’s attack is just the tip of the iceberg for what was a rough night for the Bullet Club. In the evening’s co-main event, Roppongi 3K took back the IWGP Jr. Heavyweight Tag Team titles from the Young Bucks.