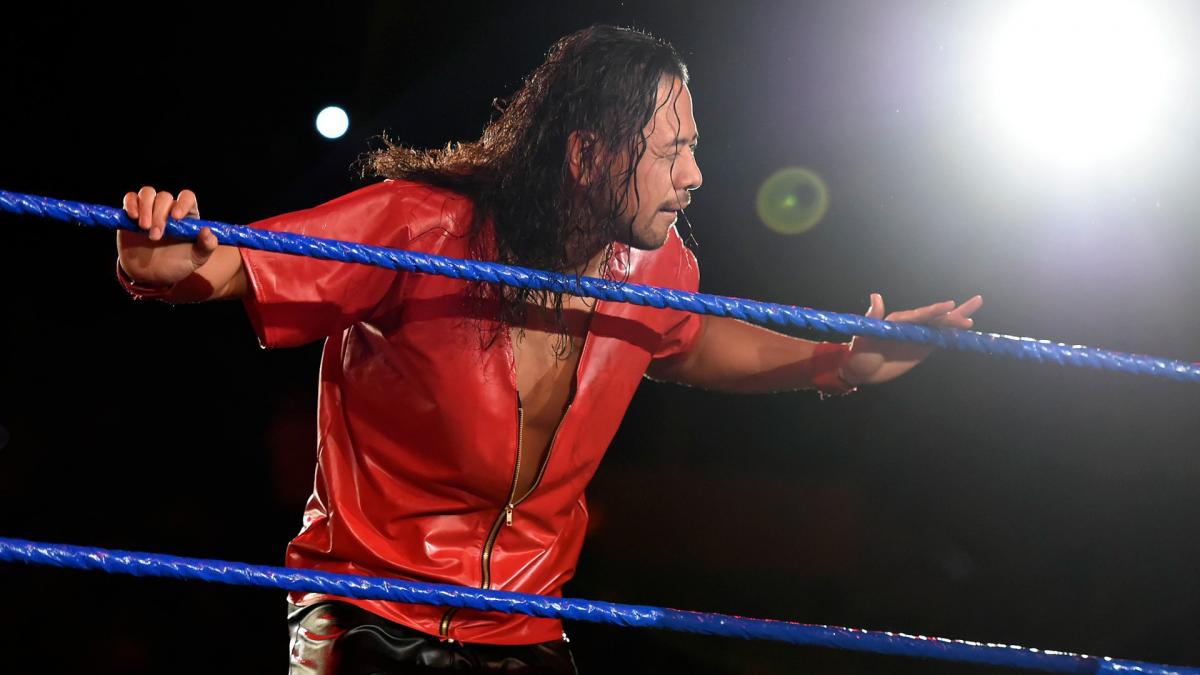 The WWE Universe was shocked when A.J. Styles defeated Shinsuke Nakamura to retain the WWE title at Wrestlemania. The Universe was even more floored when Nakamura hit Styles with a low blow, signifying a heel turn.

Nakamura never fully explained his actions on why he attacked Styles on the Smackdown Live after Wrestlemania. He merely offered an apology.

When he was asked why he did it, the King of Strong Style added “sorry, no speak English,” in a mocking tone.

Later in the evening, Nakamura solidified his heel turn by interrupting the dream match between Styles and former Smackdown General Manager-turned superstar Daniel Bryan. He low-blowed Styles twice, then hit Bryan with a Kinshasa.

It appears Nakamura’s program will continue with Styles and it will likely lead to another title bout at Extreme Rules.

This is the first time WWE fans will see Nakamura as a heel, and it could fall flat or it could lead to some big things for the King of Strong Style.

This is the first time Nakamura has been a heel since he started in WWE. He was a face during his entire NXT run, as well as his first year on Smackdown Live.

However, this isn’t the first time Nakamura has resorted to heel tactics.  In 2009, while working for New Japan Pro Wrestling, Nakamura turned heel to side with former Great Bash Heel members to form the Chaos stable. This turn led to him becoming the King of Strong Style and resulted in great success, including a plethora of IWGP championships and epic matches with the likes of Hiroshi Tanahashi, Togi Makabe and Yugi Nagata.

Nakamura’s heel turn could result in the same success if he is invested in making his new persona work.

There are aspects Nakamura needs to work on in order to make this heel character successful. He has some work to do when it comes his language barrier and promos – and he has progressed since his NXT run. But he’ll need to continue to work on it, or at least have someone as a manager – like a Paul Heyman or a Zelina Vega.

Another way for him to be over as a heel is for him to channel that menacing wrestler who was mericlous when he fought his opponents. Nakamura needs to find a way to be that character but also have the fans boo him when he does it. The difficult aspect of being a heel in today’s wrestling – especially on WWE’s main roster – is fans will cheer you even if you are a bad guy and doing dastardly things.

However, having him work heel with fan favorites like Styles and Bryan and disrupting their dream match is a good start for Nakamura garnering heel heat.

WWE will also need to invested in a heel Nakamura. The company has not had a good track record of promoting International superstars, especially heels, like Cesaro, Rusev and Wade Barrett. The exceptions to this would be Sami Zayn and Kevin Owens. Then there are International stars like Jinder Mahal and Sheamus, who have had success but fans have not taken to them on their own – the Celtic Warrior recently got over with the crowd due to his amazing tag team work with fan favorite Cesaro.

However, Nakamura turning heel has perhaps propelled him to the top heel spot on Smackdown Live and having a babyface Styles could potentially make their next match better than Wrestlemania. Part of what made their match at Wrestle Kingdom 10 a classic was a heel Styles versus a babyface Nakamura.

Nakamura’s main roster run was luke warm up until he won the 2018 Royal Rumble.

Is there a chance Nakamura’s heel turn could tank? Probably, but it could be the best thing for his career. Fans will just have to wait and see.