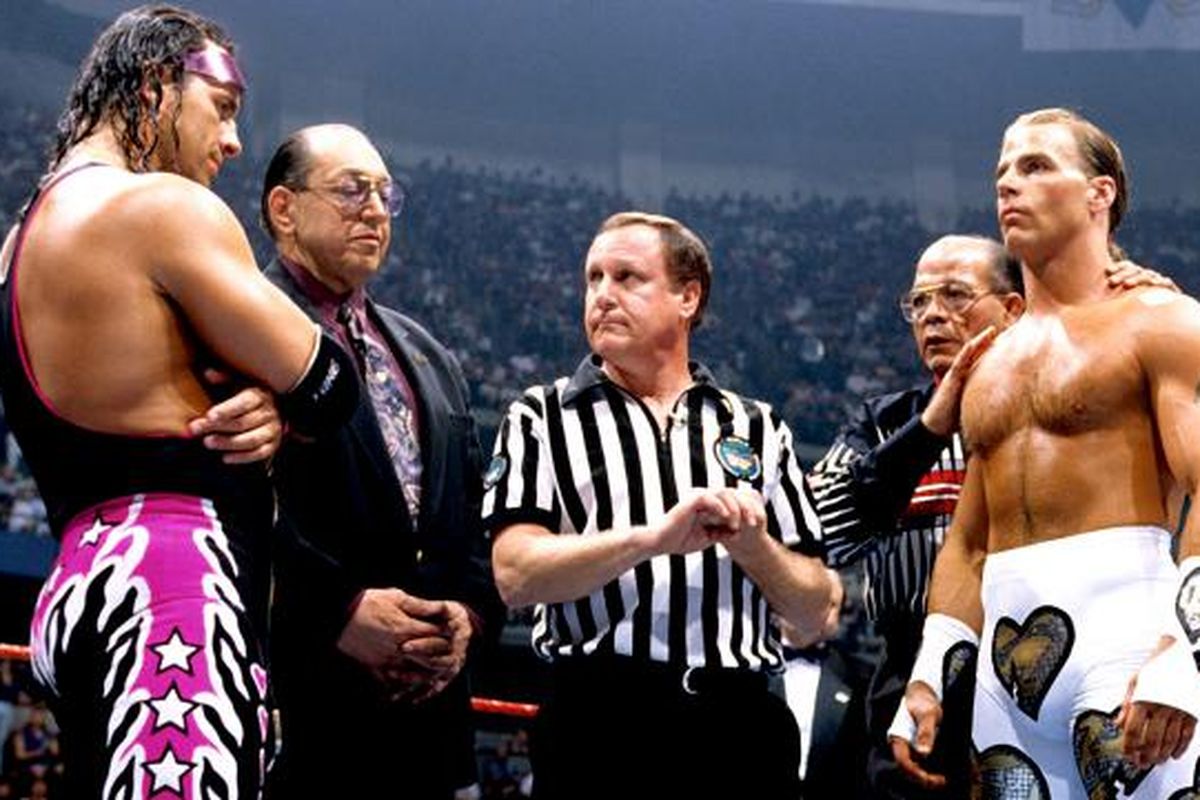 The Montreal Screwjob remains one of the biggest, industry shifting moments in the history of professional wrestling, that is still discussed today, many, many years later. Teddy Hart spoke recently about the after-affects the incident had on the Hart Family.

“It affected the unity of our family plus the WWE family because Bret [Hart] and Shawn [Michaels] were good friends before that” Hart said during an interview with Sean Waltman on his podcast XPac12360.

“And it put guys like you [Waltman] in an awkward spot.

That whole rift thing in WCW, where some of your friends left and went there and Bret going after and hitting Vince [McMahon], I think was one of the worst things that ever happened in wrestling history. That situation caused Owen [Hart] to end up in that situation too.

Like a ripple effect. Like Davey [Boy Smith] wasn’t in the right head space after he tried to make his comeback, and Jim [Neidhart] suffered definitely from not being in the WWE system, because the structure in WWE compared to WCW, at the time, you know, WCW was pretty wild. The ripple effect of that Montreal screwjob f–cked everybody over.”