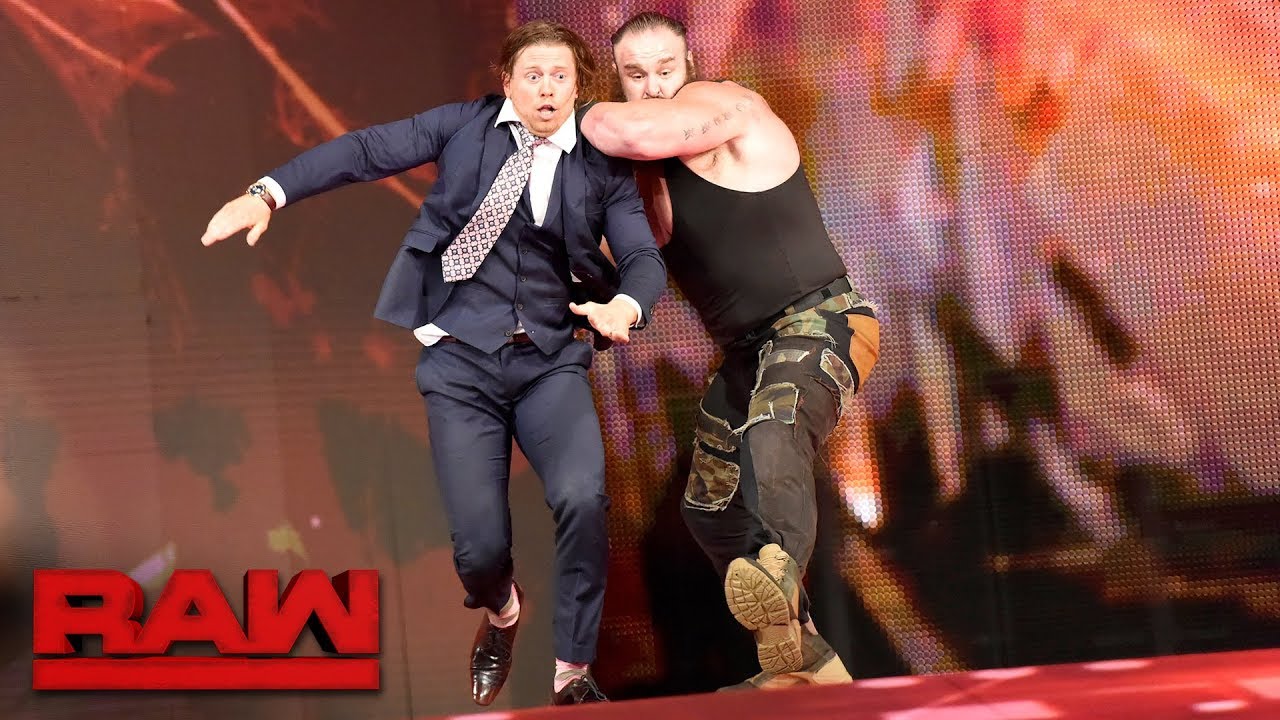 The WWE is less than 48 hours away from the annual Royal Rumble and Braun Strowman has the opportunity to win the WWE Universal Championship.

However, there may be different Wrestlemania plan for the monster. According to a report from Wrestling Inc., – via the Wrestling Observer Newsletter – the backstage plan is still for Roman Reigns to challenge Brock Lesnar for the Universal Championship at Wrestlemania.

As for Strowman, the big man will still have an opportunity to capture WWE gold, specifically the Intercontinental Championship.

The report states Strowman is set to challenge The Miz for the Intercontinental Championship at the Show of Shows in New Orleans. Miz recently defeated Reigns for the IC title on Raw to begin his eighth reign with the championship. It’s said the reason Miz went over clean was to make his match with Strowman one of the featured bouts at Wrestlemania.

The Intercontinental Championship is one of the cornerstones in WWE’s legacy and the title has been featured in several Wrestlemania bouts over the years, with a few of those matches etching their name in the annals of professional wrestling. The two that come to mind are the title match between “Macho Man” Randy Savage and Ricky Steamboat at Wrestlemania III, as well as the ladder match between Razor Ramon and Shawn Michaels at Wrestlemania X.

An Intercontinental title bout between Miz and Strowman has the potential to be one of the most important matches at Wrestlemania. Fans who are dreading the idea of Reigns-Lesnar II have a new match to look forward to.

Both Miz and Strowman have shined on RAW in terms of in-ring work and mic time. Miz is widely regarded as one of the best heels in the company – his promos are second to none and he can work in the ring. Many fans and critics have praised Miz for helping elevate the Intercontinental Championship to a place it hasn’t been in a long time.

Strowman has has gotten over with the audience as this monster and can put on a good performance.

There’s also speculation that Miz winning the IC title is the beginning of a major push for him, one that could lead to a program for the Universal title. If Reigns wins the title from Lesnar, he and Miz could continue where their feud left off.

But if Miz is going to challenge Reigns for the Universal title, does that mean Strowman wins the IC championship at Wrestlemania? Probably and that’s a good thing.

If Strowman’s IC title reign doesn’t work out or if Miz’s push gets derailed – this is WWE after all –  then the two can feud over the Intercontinental Championship.

Will Vince McMahon’s Role With WWE Change After XFL Relaunch?