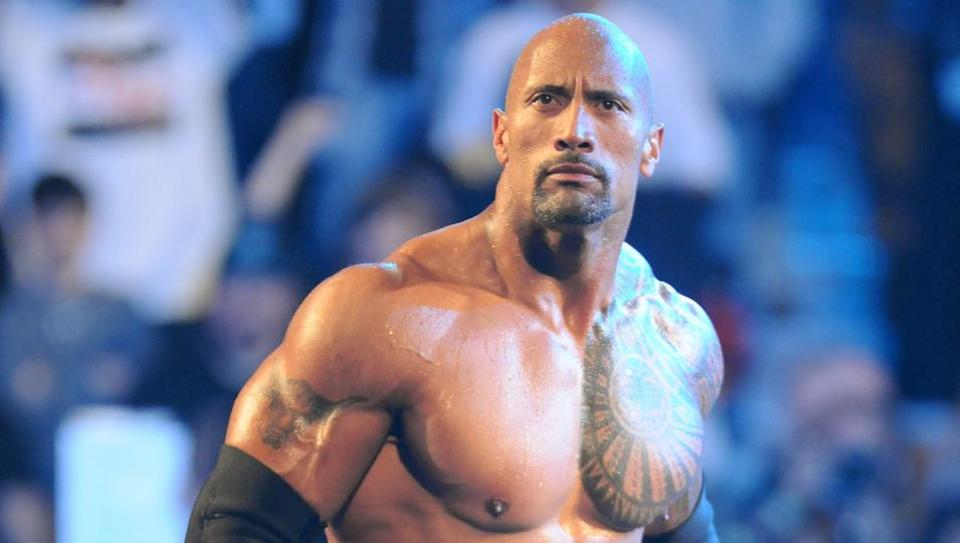 Dwayne “the Rock” Johnson is interested in a match at WrestleMania 35 and according to the Wrestling Observer’s Dave Meltzer, if there is no scheduling conflict, the Rock will be there in some form or fashion.

Per sources, WWE is eyeing a match involving the Rock, and barring any insurance policy hiccups, they may be able to line up Rock for a big showdown.

While all of this is merely chatter at this time, a number of names have reportedly been kicked around as opponents for the Rock, names such as Triple H have been brought up.

Depending on his contract situation, the big match that WWE would like to book would be Rock vs. Brock Lesnar, and it remains the “top priority” match among the list of possibilities.

A Lesnar/Rock feud would be the biggest draw and likely garner the biggest attention worldwide, but is all depends on Rock’s status and Lesnar’s contract, who may be committed to UFC by that time.

WWE is also penciling in Shawn Michaels for one last match at WrestleMania 35 as they consider the chances of him committing to a match, the greatest since his retirement, and know the fan interest in a Michaels/Rock showdown as it would be a true dream match.

A Michaels/Rock match is a longshot as WWE would prefer to put Michaels with either A.J Styles, Daniel Bryan, or a younger superstar.

WWE could also consider younger superstars with names such as Roman Reigns, Seth Rollins, and Elias being mentioned.

At this juncture, all of this is simply discussed as “what ifs” and a lot can change, but this initial brainstorm is sure to make you excited for what could be in store for WrestleMania 35.

Juice Robinson Vows To Never Go Back To WWE