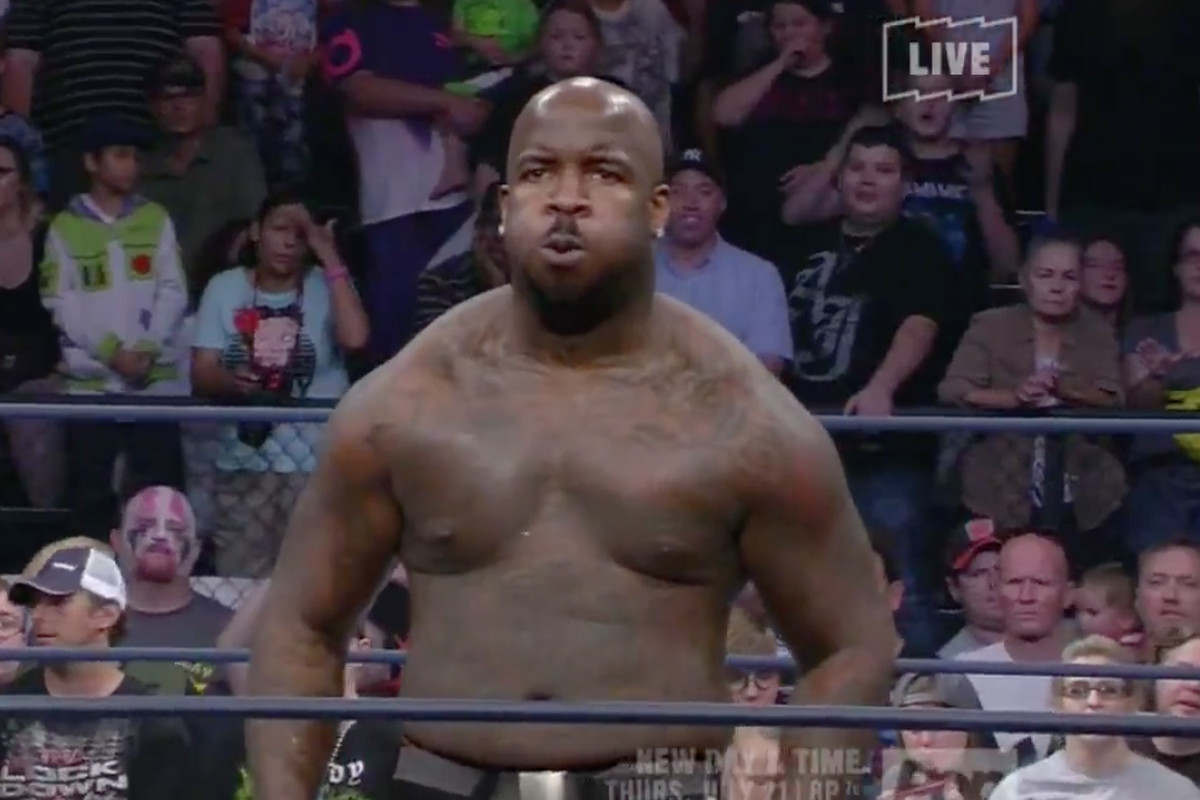 IMPACT Wrestling star Moose (real name Quinn Ojinnaka) is discussing his transition from being football into the realm of professional wrestling.

Moose played in the NFL, an offensive lineman, who played for teams such as the Atlanta Falcons, Indianapolis Colts, New England Patriots, and Los Angeles Rams.

“Honestly it wasn’t hard at all,” Moose said. “When you have a passion to do something, everything that comes along that journey is easy. So I had a strong passion to become a professional wrestler so everything came easy.”