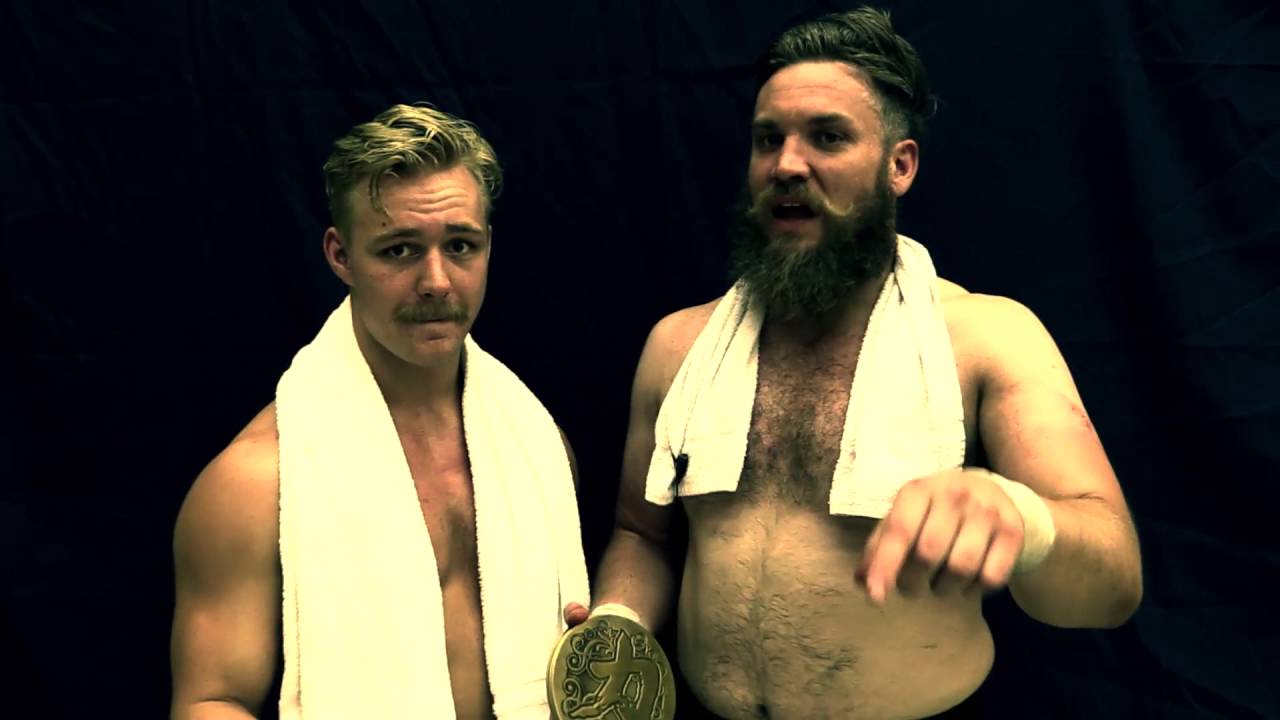 NXT’s Mustache Mountain, Tyler Bate and Trent Seven have been tearing it up in NXT and both sat down recently for an interview with The Mirror. Bate wasn’t holding back, claiming that he believes that he is the WWE’s strongest man.

“I like to think I’m the strongest man in WWE. It’s why I call myself the Big Strong Boi” Bate proclaimed.

Bate also chimed in on the NXT UK Women’s Championship and how it creates an amazing opportunity for the women’s division.

“It’s a great opportunity for all of the women in the company to show the world what they’re made of and show everybody how good they are. I’m looking forward to everybody else getting to watch them perform and I’m sure they will do a great job.”

After their performance at NXT TakeOver: Brooklyn 4 when the lost to The Undisputed Era in a NXT Tag Team Championship bout, Pat McAfee compared the duo to the British Bulldogs tag team composed of Davey Boy Smith and the Dynamite Kid.

“Yeah, well he was very complimentary” Seven said. “It does make you think about just what kind of impact we can have as regards being UK and British wrestlers, having the chance to travel abroad and overseas, being able to wrestle on that stage, it’s a burden I’m more than happy to have.”

“Yeah it’s a lot of pressure to be compared to teams like the Bulldogs and I think Mustache Mountain can really live up to that pressure” Bate said.

“I agree” Seven added.”I think it’s that kind of pressure that really pushes people on to the next level. Our goal is to continue climbing the ladder of WWE and eventually get on the main roster but for now, let’s just keep building the brand of NXT UK.”