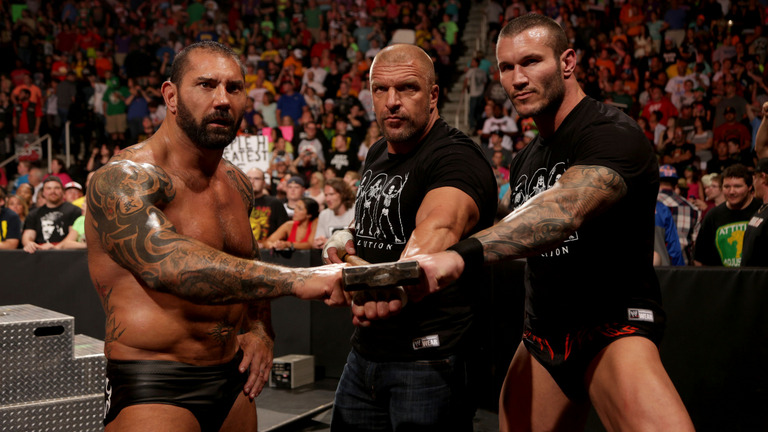 Triple H’s torn pectoral injury that he suffered during WWE’s Crown Jewel main event match, which he suffered early on in the match and finished the match with, will sideline him for several months and put a serious cloud of doubt over his status at WrestleMania 35.

Triple H had been slated to face Batista, and with HHH undergoing surgery, he could be out of the match as he recovers.

Despite the slim chance that HHH has in competing in the match, WWE is already thinking of alternatives.

According to sources, WWE is considering Randy Orton, another member of the Evolution faction, to take on Batista should Triple H not be ready to go by then. This all depends on HHH’s recovery, and WWE is still holding out hope that HHH will be able to go, but just in case, they now have a “Plan B”.

Madison Rayne Discusses Deciding on Ring of Honor Over WWE