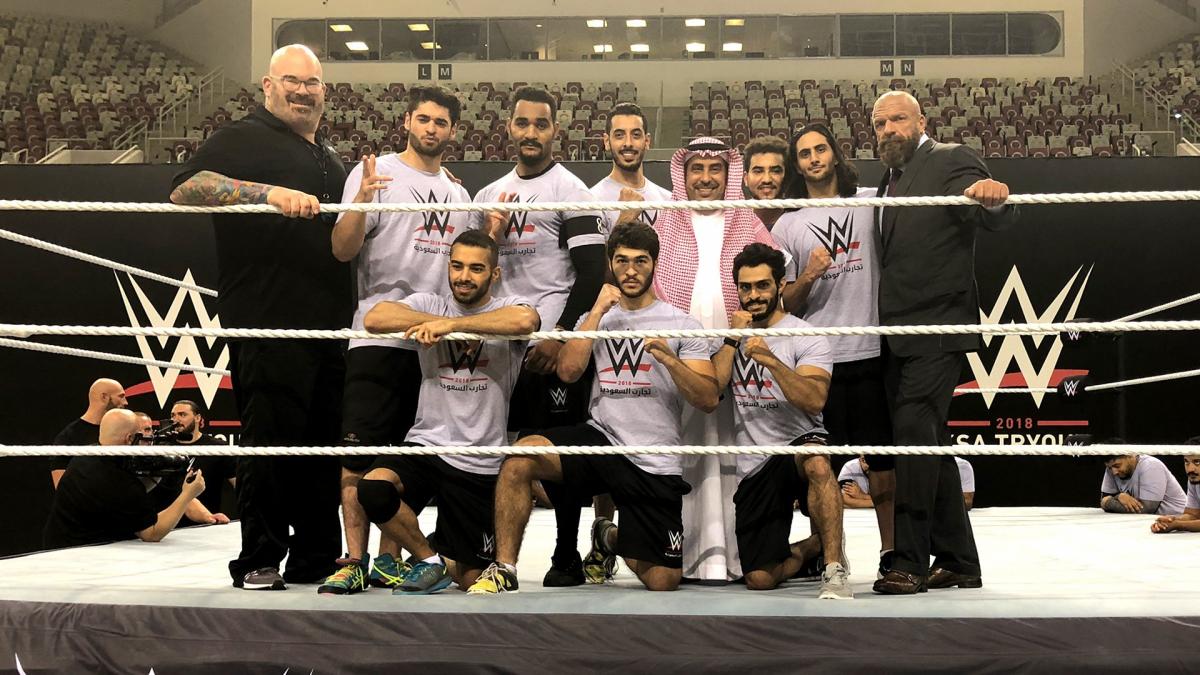 WWE recently completed their tryouts in Saudi Arabia, and ended with eight winners.

Visited the 4th day of #KSATryouts today. This week was a huge success due to the hard work of @WWE Talent Development, @WWEPerformCtr coaches and @WWENXT talent. #WWEGRR pic.twitter.com/u2MDgDHy3A

In a news release, the company announced the winners, who all come from a variety of athletic backgrounds.

WWE is looking to expand their operations around the world and having training for athletes in countries where they are holding events is a good way to familiarize themselves with talent who are from the area. It doesn’t appear the eight winners have much – if any at all – wrestling experience, but their athletic backgrounds give them a good foundation they can build off of whether they get signed by WWE or decide to pursue their own wrestling career.

Fans won’t probably see many of these athletes in NXT, New Japan Pro Wrestling or the independents – there’s a chance some of them won’t go into pro wrestling. If these athletes do have a good experience, they will relay that to their friends and peers who may have pro wrestling aspirations.

While North America, Japan and Europe are known for being wrestling hotbeds have produced great wrestlers, there could be a hidden gem of talent or two in countries like Saudi Arabia. WWE is smart for holding tryouts because other promotions aren’t looking into those areas for talent at this time.

The Greatest Royal Rumble will air on the WWE Network on April 28. All of the WWE’s main roster men’s championships will be on the line. There will also be a singles match between John Cena and Triple H, as well as a casket match between The Undertaker and Rusev..

Below are the wrestlers who are confirmed for the Royal Rumble match.