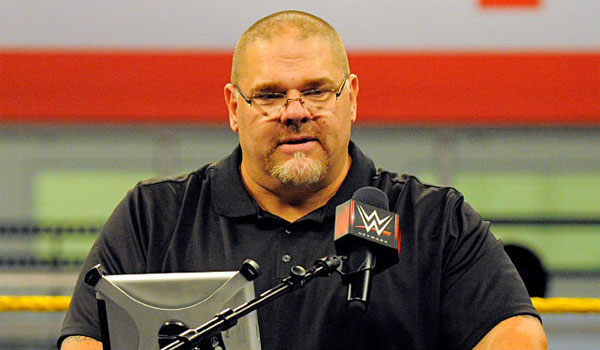 World Wrestling Entertainment has come to terms on the release of the following talent. WWE wishes them all the best in their future endeavors.

Bill DeMott
DeMott was the head trainer of up-and-coming WWE talent at Deep South Wrestling in Atlanta, one of WWE’s developmental territories. DeMott was a ring veteran who was a Superstar in WCW and WWE. He has held the United States Championship on two occasions, and also is one of the largest Superstars to ever use the Moonsault in his matches. WWE fans who watched WWE Tough Enough will remember DeMott as the no-nonsense trainer who helped to make the show a smash hit.

We have come to terms on the releases of Mike Taylor, Tracy Taylor, Tony Salantri, and Thomas Farra. We wish them all the best in their future endeavors.