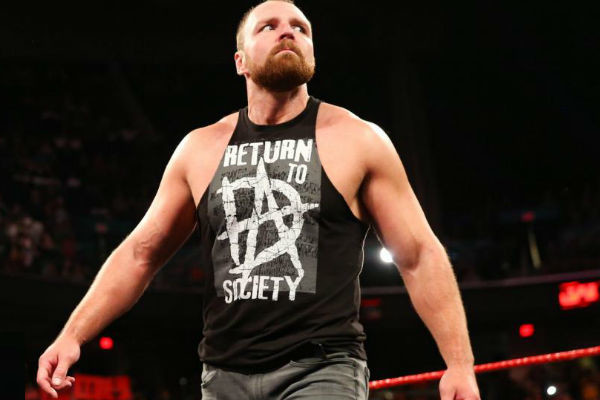 For Raw, we got to see the return of Dean Ambrose and he made a huge impact right off the bat! Seth Rollins and Dolph Ziggler held a contract signing to close out the show. Rollins was a no show until the very last minute because he wanted Ziggler to sign the contract first. Reason being that there was a clause stating that Rollins can have somebody in his corner since Ziggler has Drew McIntyre in his. This led to Ambrose being the surprise because he will be in Rollins corner for Summerslam! Awesome segment to end the show as well as build up this match.

For Smackdown, the three part series they had to build up the rivalry between Daniel Bryan and the Miz was great from start to finish. I would just recommend watching them because they are so well put together and edited that it makes this match feel like the biggest one going into Summerslam. Overall, the buildup for this match has been great from start to finish and it should be interesting to see who wins at the PPV.

For Raw, I still do not know what WWE is trying to accomplish between Bobby Roode, Mojo Rawley, Titus Worldwide, and the Authors of Pain. They just threw all six of these competitors in a match and the team of Titus Worldwide and Roode ended up winning after Roode pinned Rawley. That is two weeks in a row where Roode has pinned Rawley so it seems like that that rivalry is  starting to end and if the Authors of Pain actually struggle with Titus Worldwide, then why were they built up to be monsters in NXT?

For Smackdown, while the buildup for the WWE Championship match has been really good these past few weeks, I feel like it hit a roadblock this week. Styles was cutting a promo to close the show on how he is going to beat Samoa Joe. Joe then interrupted and proceeded to read a letter written to Joe stating that this person hopes he wins at Summerslam. The big shock was that it was written by AJ Styles’ wife. I feel like that this whole ordeal involving the wife and kids was unnecessary to help build up this fight. They should’ve built this fight up by the history that these two have been through throughout their careers and how it has all led to this.

Overall, both shows did a great job of building up Summerslam on the go home shows. The big matches going into the PPV got the focus they deserve and we got some last second news to help some matches be more interesting. With that said, I will have to say that Raw had the better show this week. The ending of Ambrose coming back was great, the final promo for the Brock Lesnar and Roman Reigns match was amazing, and the triple threat tag team championship match was secretly a great match to watch this week. WWE fans should be very excited for Summerslam and it should be interesting to see where WWE goes after the biggest PPV of the summer!