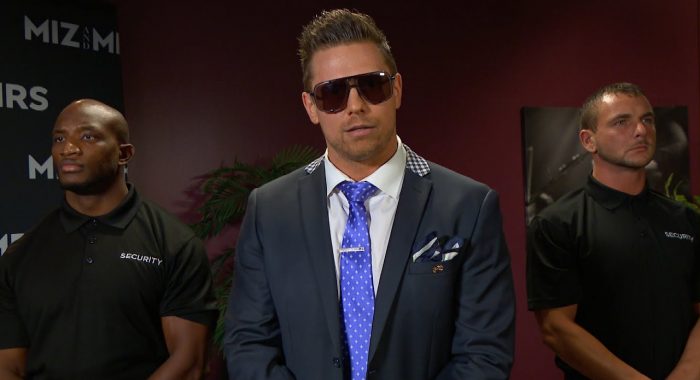 For Raw, the interview with Paul Heyman was one of his best pieces of work that I have seen from him since he has been in WWE. He looked totally distraught and was totally devastated when talking about his current relationship with Brock Lesnar after what happened last week. While I do not look forward to the Lesnar vs. Reigns match at Summerslam, at least we know that Heyman is doing his best to try and build up this fight as much as possible.

For Smackdown, everything that WWE is doing to help build up the Daniel Bryan vs. the Miz fight is going perfectly. The Miz decided to accept Bryan’s challenge to a match at Summerslam and he decided to announce his decision on the set of his reality show. Little did he know that Daniel Bryan was on the set too and attacked him as the Miz was running him down. This match probably has the best build up over all the other fights at Summerslam and fans should be really excited for this bout.

For Raw, Bobby Roode beat Mojo Rawley after one week of buildup between these two. After Rawley was running his mouth last week to people in the locker room, Roode decided to get in Rawley’s face and confront him about it which led to them fighting backstage. Then, this match just happened and that was it. This match will probably be on the pre-show for Summerslam so get prepared to see it……again.

For Smackdown, it seems like WWE is confused on what they should do for the United States Championship. While it was announced that Shinsuke Nakamura would face off against Jeff Hardy at Summerslam for the championship, a lot of focus still seems to be on Randy Orton and Jeff Hardy. While Orton has said he has erased Hardy and with Nakamura agreeing with that statement, it sounds like it is up in the air for what is going to happen at Summerslam. The mysterious aspect is intriguing, but there still should be build up for this considering there are only two weeks left before the PPV.

Both shows did their fair share of building up their brands matches at Summerslam. But, this week, Smackdown did a much better job this week than Raw did. We had a great promo from the WWE Champion AJ Styles, determined who will face the Bludgeon Brothers at Summerslam, and got a great backstage brawl segment with Daniel Bryan and the Miz. As for Raw, we just got matches that tried to push the build ups further, but to no avail. In conclusion, WWE needs to start doing more things to build up the Raw matches for Summerslam because Smackdown is hitting on all cylinders for their matches.