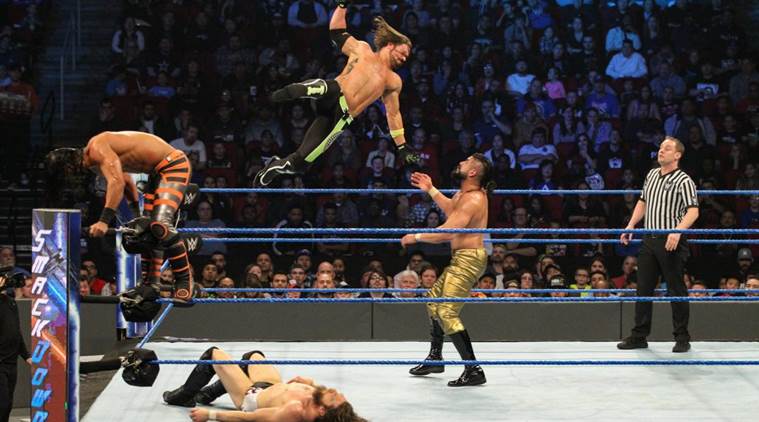 For Raw, the Baron Corbin GM era on Raw is officially over. After losing to Braun Strowman at TLC, Corbin asked for one more opportunity to get the chance to be permanent GM. All of the McMahons decided to give him that chance, but it was a 4-on-1 no disqualification match against Kurt Angle, Apollo Crews, Bobby Roode, and Chad Gable. It was basically the same result as TLC as they all took turns hitting Corbin with a chair and then Angle pinned Corbin after an Angle Slam. Even though it was very similar to what happened at TLC, seeing a bad authority figure get what is coming to him is always entertaining.

For Smackdown, the tag match between AJ Styles and Mustafa Ali vs. Daniel Bryan and Andrade Almas was a solid main event and a good way to end their show. Each of these guys got to show their skills in their respective time and surprisingly, Mustafa Ali ended up pinning the WWE Champion for the win.

For Raw, while it is nice to move forward with Ronda Rousey and her championship, having an hour long gauntlet match to determine who will face her next isn’t really the best way to go about it. This closed out the show and it just felt like it was dragging on after about half way through. In the end, Natalya ended up making Sasha Banks tap out to the sharpshooter and these two women will face off next week for the championship.

For Smackdown, for some reason, Paige was relieved of her duties of GM. This doesn’t really make sense as they didn’t really give a good reason as to why. This opened up the show as their McMahons promise to deliver new things going forward for both brands. Getting rid of somebody who was doing a great job like Paige in her role doesn’t seem like it will help though.

With both brands moving on from TLC, a shakeup is an interesting way to go immediately after the PPV. Along with that, with the Royal Rumble a few weeks away, it will be interesting to see how WWE integrates who goes where and how that plays a factor. In regards to this week though, I will have to say that Smackdown had the better show this week. A good main event, trying to bring other tag teams back to relevancy, and solid buildup for next weeks show make Smackdown still the better brand going forward for this shakeup. But, with new superstars arriving and some coming back, WWE has a lot in front of them going forward.