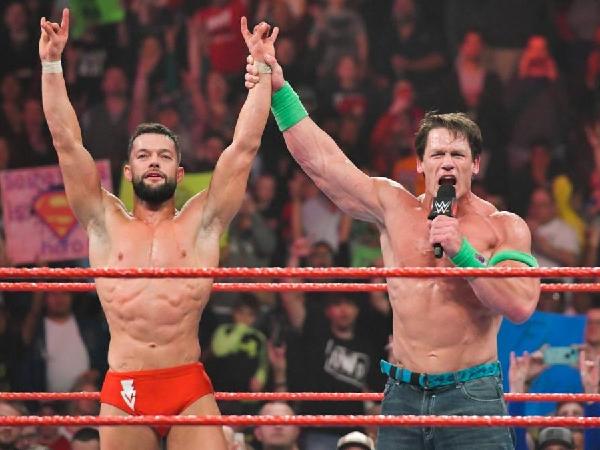 For Raw, their main event had a lot of big names and they all lived up to the hype to put on a great match. This match had big implications as it was a fatal four way between Drew McIntyre, Finn Balor, John Cena, and Baron Corbin to determine who would face Brock Lesnar at the Royal Rumble. Finn Balor ended up winning the match and now he finally gets to fight for the belt that he never lost in the first place.

For Smackdown, usually repeat matches aren’t embraced, but the match between Andrade and Rey Myserio was better than it was last week. Crazy move combinations, reversals, and very close pin falls made this match epic. This match already may be considered one of the best of the year. Andrade ended up winning too, which is great for him early in 2019.

For Raw, the moment of Bliss segment was all over the place and didn’t really give much to Raw overall. For starters, Paul Heyman was trying to help build up the main event since he represents Lesnar, but then one of the members from Heavy Machinery came out, only to make grunting noises. This went on for about 30 seconds and completely ruined the overall segment.

For Smackdown, while some do not mind the whole soap opera type drama between Mandy Rose and Naomi, others also don’t like where this is going. It all started with Mandy giving Jimmy the key to her hotel, which led to the hotel room where a fight broke out. Rose and Naomi have a match next week to help settle this so all the build up for it is paying off for an end.

Since 2019 has started, both shows have a very different edge and feel to them. This includes having more people backstage in segments, introducing new matchups, and somewhat giving the people what they want. With all that said, I will have to say that Raw had the better show this week. A great main event, a new Intercontinental champion, and having a new challenger against Brock Lesnar at the Royal Rumble are all things to really consider what is in store for the road to Wrestlemania. While Smackdown did have another good show, Raw is finally starting to mesh well with what is new for 2019.