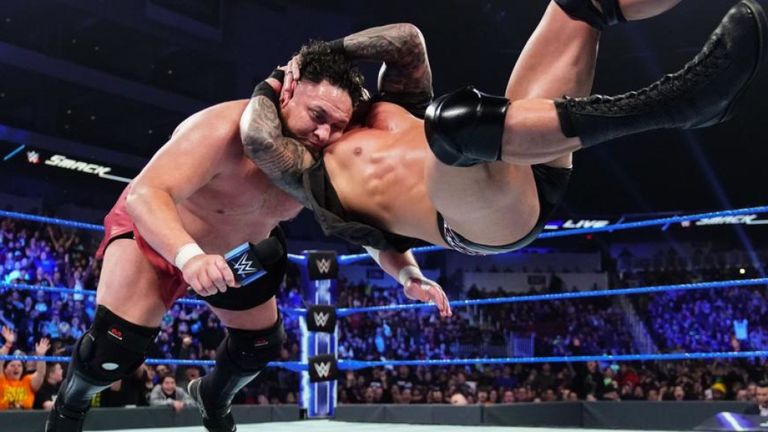 For Raw, the match between Seth Rollins and Drew McIntyre to help build up the Royal Rumble was a great match. It will be likely these two will be near the end of the Royal Rumble match so this was a great preview for what is to come. Rollins ended up winning after a surprise roll up, which is great for him having lots of momentum going into the Royal Rumble.

For Smackdown, the ending of their show was awesome. The main event was Rey Mysterio vs. Andrade again, but this time, it was a two out of three falls match. The innovation and chemistry these two have in the ring is incredible. The series was tied 1-1 and when it looked like Mysterio was going to win this bout, Samoa Joe interfered. He attacked both superstars to make a statement in regards to the Royal Rumble. What made this so great though was when Joe was on the mic, Randy Orton hit an RKO out of nowhere.

For Raw, while Elias and Baron Corbin were able to put on a pretty good match this week, this is something we have seen for way too long. It was even mentioned by the announce team that this had been going on for months. While some rivalries are able to pull that off, these two can only do it for so long because it has felt like it has been going on since halfway through 2018.

For Smackdown, the only downside that occurred on their show this week was the lack of build up to the United States Championship match. Smackdown seemed to have time to build up every match for the PPV as well as matches on their show. So, it doesn’t seem understandable on why they wouldn’t put time for that match too.

With these being the go home shows before the Royal Rumble, both brands were able to put on great shows. From start to finish, they were able to build the PPV as well as put on good matches. As far as who put on a better quality show, it feels like Smackdown had the better show this week. A great segment for the WWE Championship match, an incredible main event, and an even better ending is why they were able to have the better show. In conclusion, WWE  seemed to hit all the right notes for both brands in the build up for the Royal Rumble so hopefully we get to see more of this in 2019.