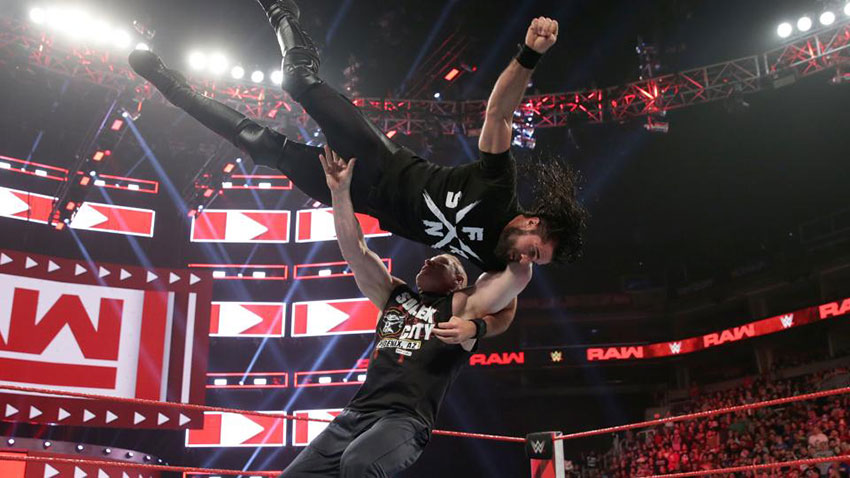 For Raw, the ending segment between Seth Rollins and Brock Lesnar was an awesome way to close out the show and start the build for this match at Wrestlemania. After Rollins won the Royal Rumble on Sunday, he had to make a decision on which champion he would face. Paul Heyman and Brock Lesnar told Rollins to choose Daniel Bryan over Lesnar because he didn’t want to fight with Lesnar, which led to Rollins responding by igniting a brawl. Overall, great way to help ramp up the intensity for what could be the main event of Wrestlemania.

For Smackdown, we have a new United States champion and this moment really came out of nowhere. R-Truth went one on one against Shinsuke Nakamura for the championship and he won via roll up. Soon after Truth won, Rusev then came out and challenged Truth to defend his newly won belt. Truth won again via roll up, which led to both Nakamura and Rusev attacking him after. Its a fresh start with the US championship and somebody with as much charisma as Truth is a good way to hit the reset button for this belt.

For Raw, who knows what they are trying to do with Kurt Angle. After losing to Baron Corbin in about five minutes, this leaves lots of questions on where Angle stands with WWE. Ever since he has came back to the ring, he has lost over and over again. This shouldn’t be happening with a hall of fame of his status. But, this could lead to an interesting story considering how good Angle is.

For Smackdown, while it was a feel good moment to see the Miz and Shane McMahon win the tag team championship, their celebration on the show this week wasn’t that compelling. At the PPV, when they won the match, they celebrated with the Miz’s father. Then, during this celebration, it was the same thing as the Miz’s dad came out and celebrated with them along with a video package being played. This could’ve been done better and differently considering we already saw this type of celebration during the PPV.

Overall, both shows were really good this week. Not only are they starting to layout some of the big matches for Wrestlemania, but they are also starting to implement matches for their upcoming PPV, Elimination Chamber. Smackdown felt a little crammed though as they were trying to fit in promos during superstars entrances and having promos during commercials. While Raw, on the other hand, was able to announce two huge matches for Wrestlemania as well as help build up some rivalries going into Elimination Chamber. Raw had the better show this week for a few reasons. A solid ending, a great beginning for the Ronda Rousey versus Becky Lynch match, and an entertaining segment with Elias help Raw deliver this week. In conclusion, 2019 continues to be good for WWE so hopefully they can continue this pace going into their next big PPV of the year.

The Hart Foundation To Be Inducted in WWE Hall of Fame