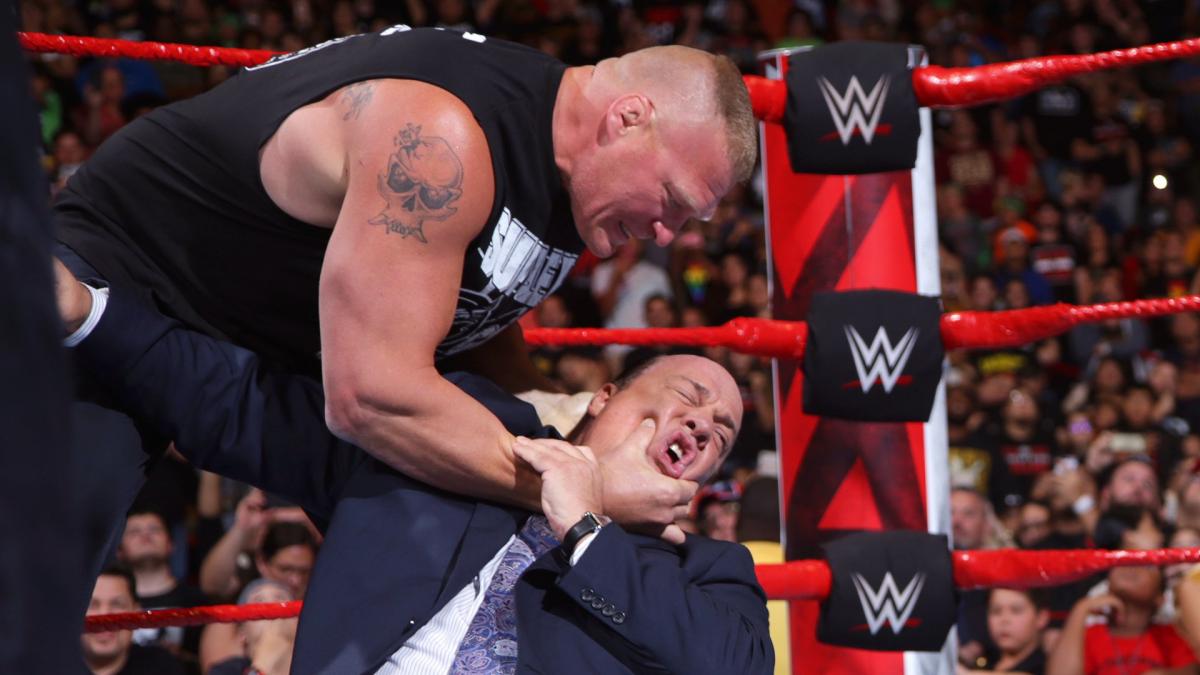 For Raw, all the segments with Brock Lesnar were very entertaining and showed us a side of Brock Lesnar we have yet to see. They actually emphasized his lack of caring for WWE and the show. This led to Kurt Angle threatening Paul Heyman that if he didn’t physically appear in the ring, then Heyman would be fired. Lesnar eventually came out but attacked Kurt Angle for calling him “The worst Universal Champion ever” and then struck fear into Paul Heyman by shoving his face towards Kurt Angle as he laid there. Great stuff here from Lesnar to highlight how facing off Roman Reigns over and over again takes away his care for the WWE.

For Smackdown, the back and forth promo between Daniel Bryan and the Miz was great. Daniel Bryan called out the Miz to come out and fight and the Miz obviously wanted no part of it. Instead, he was filming for his show and wanted Bryan to stop riding his coattails to still be relevant in the WWE. The match for Summerslam got proposed by Bryan, but Miz has yet to accept. This rivalry just keeps getting better and better between these two week after week and the match for Summerslam should have a big match feel for it.

For Raw, Apollo Crews defeated one of the members of the Authors of Pain and it only lasted about two minutes. Crews never had momentum going into this match and it already is making the AOP look kind of weak. AOP has already beaten Titus Worldwide as well so I have no idea what WWE is trying to implement here by making one of the best tag teams in NXT already losing early on their main roster appearances.

For Smackdown, I am not that big of a fan of involving Charlotte Flair back into the Women’s championship picture. WWE had a good story going of Becky Lynch winning week after week to show the momentum she has going into Summerslam and that it was finally her time to be back into the championship hunt. Now, the match is going to be a triple threat and hopefully this maybe leads to a more aggressive Lynch to show that she is not happy that Charlotte nosed her way into this match.

Both shows were pretty good this week as they both focused on Summerslam. Both shows focused on their main events and helped build up the other championship matches they plan to have on the PPV. Along with that, they had one on one matches that they focused on too. With all said though, I will have to say that Raw had the better show this week. The show just feels better and bigger when Lesnar is on it and it’s a shame that he is never there. Lesnar did some of his best work this week really looking selfish and not caring about the WWE. In the end, that is to try and get Roman Reigns cheered and it won’t work. But, I wouldn’t mind seeing this crazy Lesnar throughout the build up of this fight. In conclusion, Summerslam is starting to have its blueprints laid out and it is looking to be a great show!