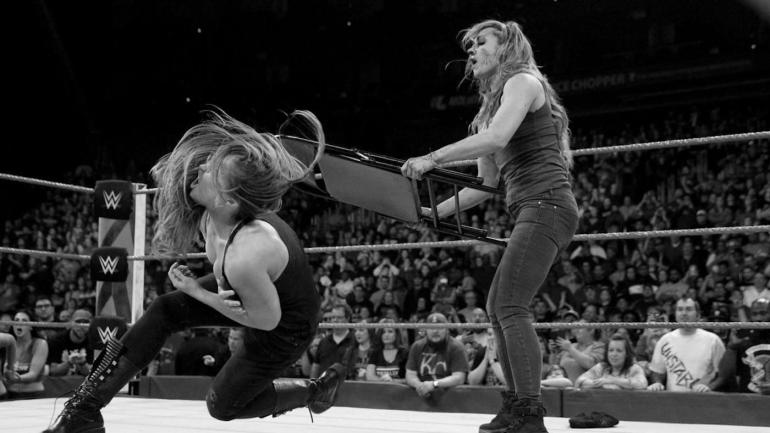 For Raw, when Smackdown invaded Raw this week, it was an awesome segment from start to finish. After Alexa Bliss announced that Ruby Riott would be the final member of the women’s team, the cameras cut backstage to Becky Lynch attacking Ronda Rousey. Soon after that, Lynch came out with other Smackdown women superstars and a brawl ensued. Lynch broke her nose and had a few facial fractures after Nia Jax punched in the face during this brawl. This led to Lynch bleeding profusely from her nose, but that didn’t stop her from fighting. Lynch then attacked Rousey with a chair and stood tall in the crowd. This made Becky Lynch look like the baddest women on the planet and the WWE universe seem to agree as they were chanting her name throughout this.

For Smackdown, we have a new WWE Champion! Daniel Bryan defeated AJ Styles after hitting a low blow and then a running knee. Bryan then attacked Styles after the match and shocked the WWE Universe. Bryan now gets to face Brock Lesnar at Survivor Series and some have considered this a “dream match.”

For Raw, the whole ordeal with the tag team Survivor Series elimination match was a mess. Raw opened up with a battle royal to determine who the captains would be for Raw for that match. This battle royal was interrupted by Braun Strowman, so they pushed the match for later in the show. Then, when the match happened, nobody really cared. Lastly, the team that won could only just brag that they were the captains because all the other teams involved in the Battle Royal will be the same teams to represent Raw in the match anyway.

For Smackdown, there was no invasion angle on their show this week, which is confusing. Last year, both brands invaded each other’s show before Survivor Series. But, this time around, Smackdown only invaded Raw. When this doesn’t happen now, it really makes the matches at Survivor Series not feel as important as they should. What really doesn’t make much sense either is that during the show, they showed that security was preparing for an invasion, but it never happened.

With these being the go home shows before Survivor Series, WWE usually ramps up the build to these matches by having invasions happen as well as taking a lot of time to talk about these matches. But, with the Becky Lynch injury, she had to pull out of her match with Rousey and find a replacement. WWE also decided to throw the fans a curve ball by having AJ Styles 365+ days reign as WWE Champion come to a screeching halt this week too after losing to Daniel Bryan. As far as which brand had a better show, I will have to say that Raw had the better show this week. Raw did a really good job of building up Survivor Series as well as what is to come after the PPV too. They had time to show what is going to happen next between Dean Ambrose and Seth Rollins as well as Braun Strowman and his situations with Baron Corbin and Brock Lesnar. Lastly, the ending invasion with Smackdown was an awesome moment for years to come. Survivor Series is looking to be a solid PPV and it is also intriguing to see what happens after the PPV too.