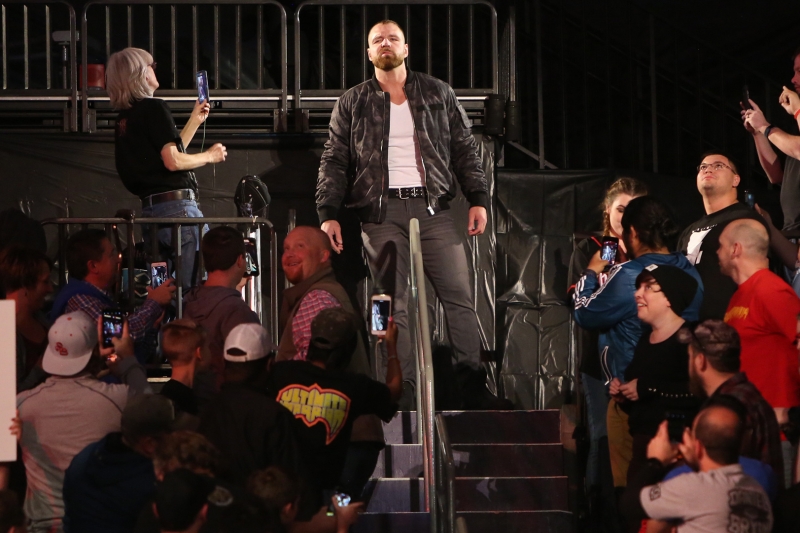 For Raw, we got slow and steady progress going forward with the Dean Ambrose and Seth Rollins situation. After Ambrose shocked the WWE Universe by stabbing Seth Rollins in the back, Rollins wanted answers this week. While Ambrose did show his face, he did not explain his actions. Instead, he antagonized Rollins by standing out in the crowd and watching Rollins get more and more angry. Who knows when we will get answers, but either way, things are just starting between these two.

For Smackdown, the trick or street fight between the New Day and the Bar (with Big Show) was a fun segment from start to finish. The New Day dressed up as the Brood for Halloween, which was hilarious. Also, the match wasn’t bad either as everybody got involved to help build up their tag team championship match at Crown Jewel.

For Raw, with all the changes going on with Crown Jewel and since they were fresh off Evolution, they could’ve given more time focusing on the fall out of that. Instead, they had a 10 women’s tag match that were just repeat opponents from that PPV. That just causes too much clutter and doesn’t help move anything forward.

For Smackdown, the route they decided to go with for the WWE Championship at Crown Jewel doesn’t make much sense, but the whole situation is ugly to start with. With Daniel Bryan refusing to go to Saudi Arabia, they had to find a way to address this situation. So, they decided to just have the WWE Championship match on Smackdown. While the match was good overall, Samoa Joe then decided to attack both competitors, which led to a WWE Championship match between AJ Styles and Samoa Joe at the PPV instead. The problem with this is it just is a lot to process in such little time and doesn’t help Samoa Joe at all getting back into a rivalry that was just ended.

With all that is going on, WWE really had some problems in front of them. With some wrestlers refusing to go to Saudi Arabia for the Crown Jewel PPV, to Roman Reigns’ battle with leukemia, to trying to also have an all-women’s PPV fall out to off of, WWE really had too much to handle. They tried to give the proper time for each PPV, only for things to feel rushed and put together at the last second. But, we still have some interesting things going forward. With that said, I will have to say that Raw had the better show this week. We still have a hanging story with Dean Ambrose and Seth Rollins and we got a better explanation for replacing John Cena than what Smackdown did for Daniel Bryan. After Crown Jewel, WWE can get things back into organization with Survivor Series.