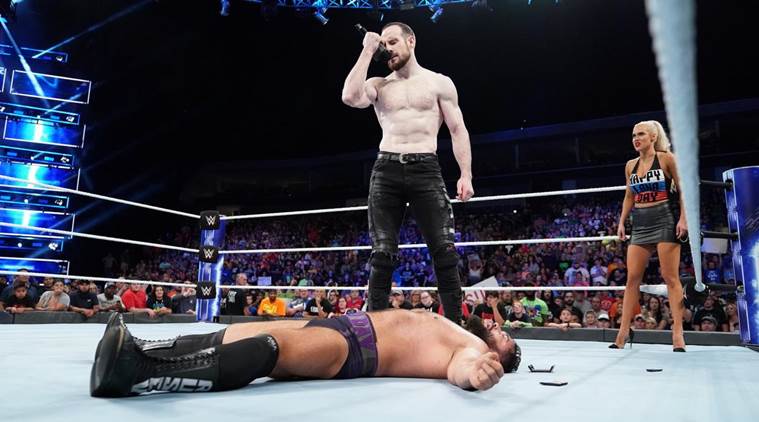 For Raw, Dean Ambrose versus Drew McIntyre was a great opening match to start off Raw. These two went back and forth and McIntyre ended up getting the victory after hitting a Claymore Kick. The rivalry between the Shield and McIntyre, Ziggler, and Strowman will possibly end at the Super Showdown so matches like this help elevate this rivalry.

For Smackdown, the segment we got from Randy Orton was one of the best pieces of his work. After defeating Jeff Hardy at Hell in a Cell, Orton was in the back at the production truck and he was harassing one of the workers to watch all of his assaults against Hardy. Orton then states that it will be nothing compared to his next victim. Things are looking up and really interesting for Orton going forward.

For Raw, we got a filler match between Bayley and Dana Brooke and it wasn’t much. Last week, Dana Brooke decided to go on her own and it doesn’t make a difference because she lost to Bayley in a few minutes. Along with that, apparently creative has nothing in mind for the team of Bayley and Sasha Banks since the Riot Squad is dealing with the Bella Twins.

For Smackdown, they are deciding to have Naomi and Asuka be a team moving forward. While it probably would be better to have them face off against each other, WWE has decided to have them go against the IIconics next. Maybe the rumor of women’s tag team championship at Evolution are true and that’s why they keep forming women teams?

Fresh off of Hell in a Cell, both shows needed to show where they were going next. The Super Showdown does have lots of matches with implications on it and both brands are focused on that. But, Raw also introduced the Crown Jewel PPV, which will take place later this year and include Brock Lesnar getting his rematch for the Universal Championship. In regards to what show had more meaning and was better, Smackdown definitely took it this week. We got a great match between AJ Styles and Andrade Almas, Rusev Day unfortunately is broken up for good, and we got a great ending segment with Becky Lynch as the new champion. In conclusion, Smackdown is providing solid shows and storylines week after week while Raw does have some interesting angles, not everything they are trying is clicking.