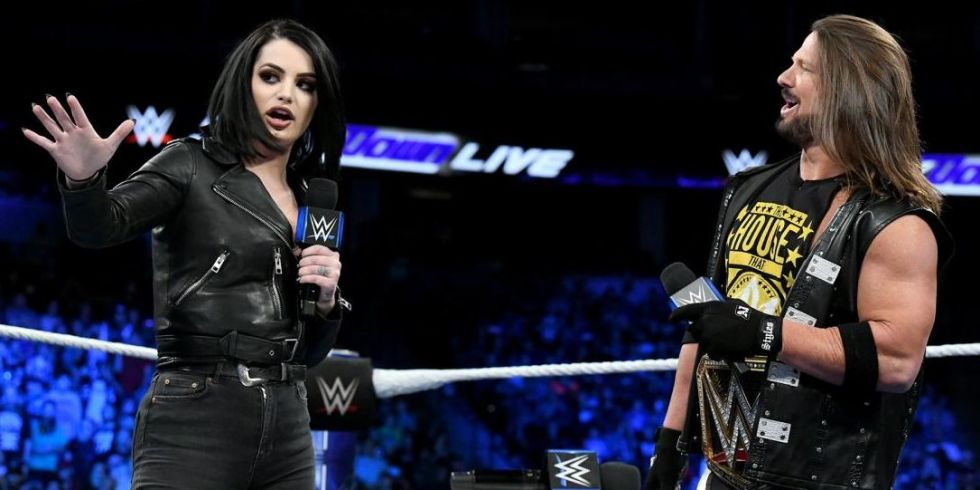 For Raw, the tag team championship match between the Revival and the team of Dolph Ziggler and Drew McIntyre was really good from start to finish. It is a shame that this wasn’t put on a PPV because these two team fought like this should’ve been on one. It’ll be interesting to see who are the ones who can stop Ziggler and McIntyre because they are the hottest tag team of the year.

For Smackdown, the contract signing for the WWE championship match between AJ Styles and Samoa Joe didn’t go as most contract signings go. Instead of both fighters signing and then fighting, Samoa Joe wasn’t in Denver. Instead, he was at AJ Styles’ house. They basically made Samoa Joe look like a horror movie villain as he went to the front door and rang the doorbell before the show ended. It truly is moments like this that make the WWE Championship feel like the top championship again.

For Raw, they made a match between Alicia Fox and Nia Jax and this felt like filler. Jax was nominated for an award at the People’s Choice Awards and WWE felt the need to give some time to this by having her beat Fox in about three minutes and it didn’t really lead to anything going forward.

For Smackdown, while a good amount of the show was given to what happened with Rusev Day, Becky Lynch getting involved and beating Lana wasn’t necessary in this. After Aiden English explained his actions by putting all the blame on Lana, out of nowhere Lynch challenged her to a match. While it is great to see Becky Lynch get this time on the show, having her at this point in the show wasn’t needed.

After this week’s shows, it showed that WWE is going all in for the WWE Super Showdown in Australia. A lot of focus was on that show for both brands. It will be intriguing to see if some of these rivalries continue after this show and which ones will end there. With that said, I would have to say that Smackdown had the better show this week. Most of their show was great buildup for the Super Showdown and they have built up reason for why to tune into next week’s show. Raw has been really sloppy running their shows ever since the Shield reunion has happened because too much is going on. In conclusion, the Super Showdown looks to be a bigger deal than originally expected and fans should be excited about that.