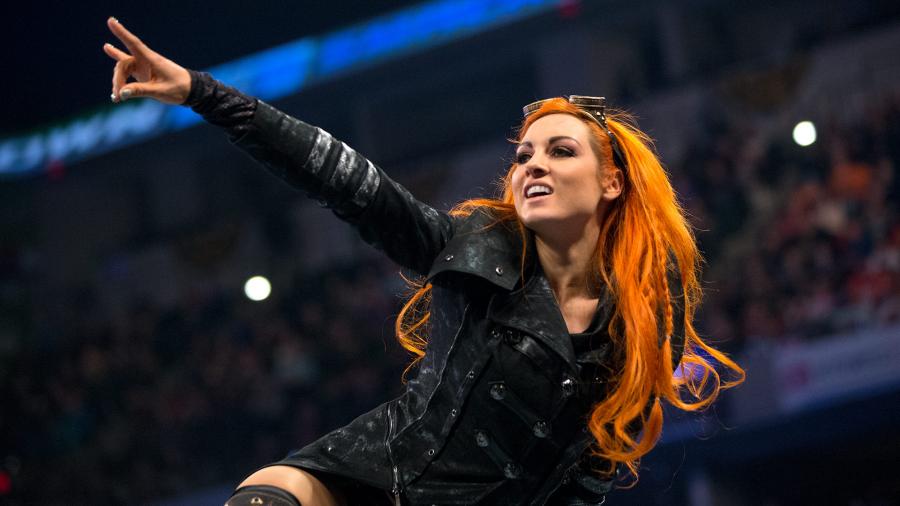 Fans would argue about WWE Superstar Becky Lynch and her recent ups and downs but since the WWE brand split in 2016, the Lasskicker has become one of the constant faces of Smackdown Live in the last couple of years.

But with the possibility of another WWE draft after this year’s Wrestlemania, or even a Superstar Shakeup, there are many superstars who could use a change of scenery, including Lynch.

WWE’s Irish Lass addressed the possibility of moving to Raw in an interview with Solo Wrestling, via Wrestling.Inc.

“[Going over to Raw] and having new challenges and a new crop of women’s [talent]… maybe that would be the best look for me. I love SmackDown, I love the people on the brand, I love the crowd here, I love the vibe. But, I guess if I think what I always want to do is go for championships, and if that’s not in my future on SmackDown, well then I want it to be in my future somewhere else.”

Lynch has built an impressive body of work on Smackdown since WWE’s brand split. She was the inaugural Smackdown Women’s Champion, having won the title in a six-pack challenge at Backlash 2016. She had a high profile feud with Alexa Bliss for the title and even wrestled Mickie James before the two went to Raw.

As part of the Smackdown Women’s Division, Lynch also competed in the first two women’s Money in the Bank ladder matches and even wrestled James Ellsworth before his departure from the company – which is notable because WWE hasn’t really promoted intergender matches in quite some time.

Of course Lynch was the second participant in the first women’s Royal Rumble match earlier this year. She also tagged with fellow Smackdown superstar Sami Zayn for the Mixed Match Challenge. Recently, Lynch has recently found herself embroiled in a feud with newcomers the Riott Squad. Fans have pointed to Lynch’s recent angles as lackluster, but they point the finger at the way she is being booked.

Fans love seeing Lynch on Smackdown, but there is a chance a move to Raw would breathe new life into her career.

As she said in the interview, Lynch would find herself facing a new crop of talent like the recently debuted Mandy Rose and Sonya Deville, as well as Nia Jax. She could also square off against the likes of Bayley, who she had matches with NXT but never faced on the main roster.

She could also be thrown into feuds with Mickie James, Sasha Banks and Alexa Bliss. Although she faced James and Bliss on Smackdown – as well as had encounters with Banks before the brand split – enough time has passed where the matches would be fresh, especially if Lynch was the heel in those programs.

With a Draft or Superstar Shakeup, there could be NXT talent thrown into Raw for her face. There is a chance she could also face Ronda Rousey down the road.

There are numerous possibilities for Lynch if she were to move to Raw during this year.

Charlotte Flair vs. Asuka is a Match of the Year Candidate