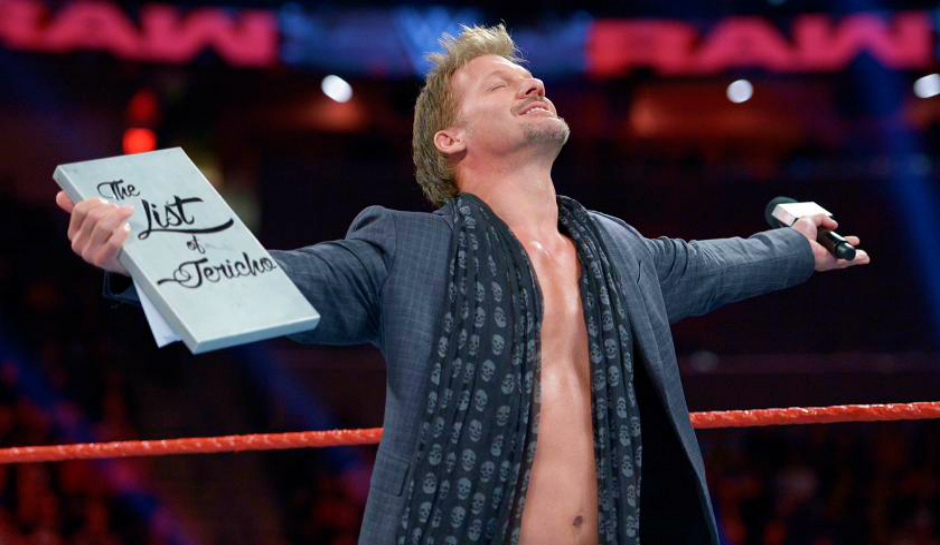 WWE legend Chris Jericho, who is rumored to be appearing at WrestleMania 34 in some form or fashion, is chiming in about how he thinks the Undertaker will appear at the big show this Sunday.

Particularly, Jericho thinks that if the Undertaker does return to take on John Cena this Sunday, he won’t be doing so as the rumored American Badass gimmick.

“American Bad Ass is a pretty cool character and Taker loves it” Jericho said during an appearance on Busted . But guess which character Vince McMahon loves? It’s the Undertaker, Vince’s greatest creation. I’ll be the devil’s advocate to you guys:  I would feel a little disappointed if it was the American Bad Ass, because I love the Undertaker, and I love that entrance, and you’ve been out there when you hear that bell and the druids chanting . It’s second to none.

“There’s never been an entrance like that in wrestling, in my opinion, and we’ve been waiting for it, teasing for it, for so much I feel if it was the American Bad Ass it would be a little bit of a downer, for me.”

“Your fanbase is a little bit more of a knowledgeable fan base, a little bit more of a hardcore fan base I would venture to say. Where you have 70,000 people in the Superdome where 60,000 of them don’t even remember what the American Bad Ass is? We haven’t spoken of the American Bad Ass, we haven’t had any video packages or any recollections of that guy, you would have a bunch of people going ‘What is this?’, in my opinion.

“Once again, I think that it’s a really cool debating point if you know wrestling, and you’re a giant wrestling fan, and you’ve been watching since 2000. There’s a lot of people who just started watching over the last three, or four, or five years, a lot John Cena fans that don’t know what happened in 2000.

“So, once again, in my opinion, the hardcores would like to see it cause it’s something different, whereas your general, average wrestling fan will go nuts when the Undertaker’s music hits and I think, I’m a 100% certain, that it’s gonna be the Undertaker at WrestleMania, and not the American Bad Ass.”

“I would feel a little disappointed if it were the American Badass. I love the Undertaker and I love that entrance.” @IAmJericho tells @davidlagreca1 & @bullyray5150 why believes we will see the Deadman vs. @JohnCena at #WrestleMania pic.twitter.com/mNJxJmX8DS