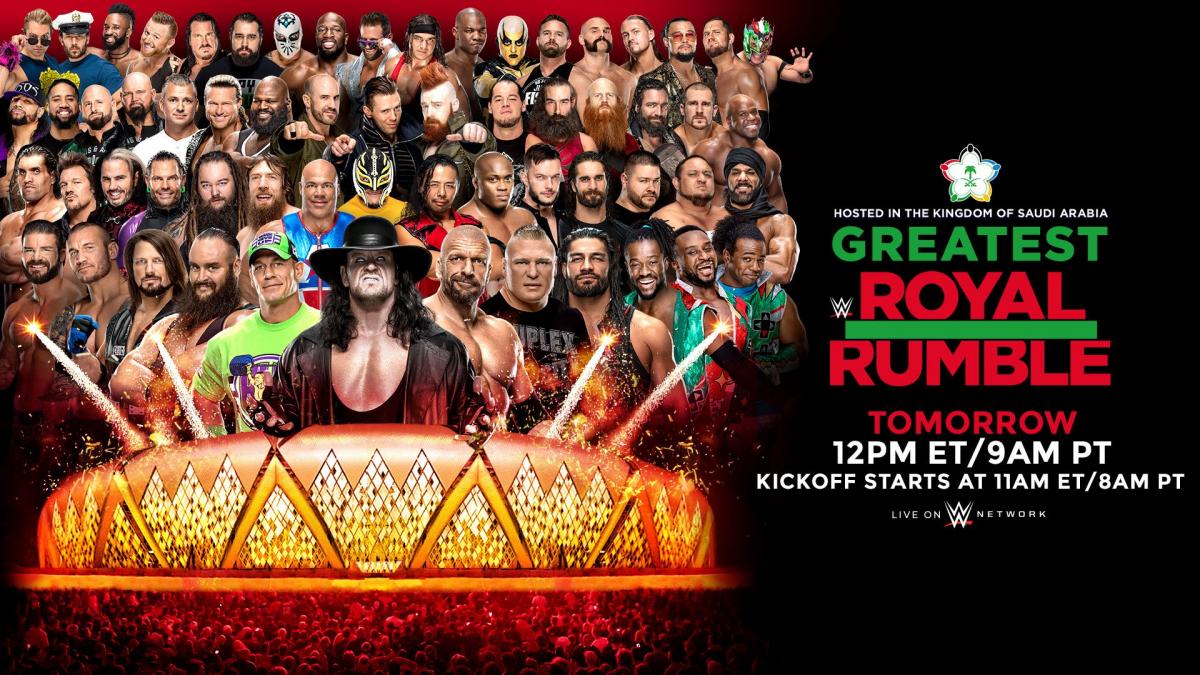 Many members of the WWE Universe are angry about the company’s holding the Greatest Royal Rumble (GRR) in Saudi Arabia.

There are several reasons fans are upset about WWE’s upcoming event, but the main problem people have is the company is holding the event in a country but the women are not competing on the event. Other point out how women in Saudi Arabia have limited to no rights compared to the men.

Some are trying to look at the positives in all of this – Triple H talking about how there could be a culture shift where women could eventually compete in KSA in a few years to Jerry Lawler noting a possible payday for WWE’s female talent for not competing on the show.

Some fans taking a stance of boycotting the GRR as a way to support women, as well as encouraging others to watch women’s wrestling on that day.

WWE's #GreatestRoyalRumble is tomorrow and a LOT of people are angry at Saudi Arabia's ban of women performers.

To combat & provide an alternative we're offering 7 days of #WomensWrestling with #EVEonDemand FOR FREE to anyone who signs up now until #GRR.https://t.co/QXQYgkvXR4 pic.twitter.com/ZfAawVnd3L

Pro Wrestling Eve is offering a free week for their On Demand service for fans who are looking for an alternative, which I recommend you watch, not because I am personally boycotting GRR. Pro Wrestling Eve has a great product and everyone should watch it – especially their big event Wrestle Queendom on May 12.

Fans have a right to be upset at WWE and if they want to boycott GRR and dump their subscription, they can do that. But if their reason is because they want to support women’s wrestling, there are other, more positive ways they can do this.

One way is to watch as much women’s wrestling as they can. The easiest way would be to go on the WWE Network and watch the Mae Young Classic in its entirety. Fans could also rewatch events like NXT Takeover: Brooklyn, NXT: The End or NXT: Rival. Almost every episode and NXT Takeover special since 2014 has featured a women’s match on the card.

WWE also has different 24 documents focused on the “Women’s Revolution” – I know that’s a dirty term wrestling fans don’t like. There’s also Hell in a Cell 2016, the 2018 Royal Rumble event or even Wrestlemania 34.

Now fans are probably noticing all of the aforementioned options are strictly WWE programming.

Impact Wrestling, Ring of Honor, Shimmer, Shine, Rise, World Ring of Stardom and Lucha Underground have good, quality women’s wrestling. Fans should support them, but it shouldn’t take something like GRR for them to take the step and commit to watching them.

However, the female talent on those promotions will still get to wrestle this weekend. The female talent who are really hurt by GRR and the exclusion of women’s matches are the superstars on Raw and Smackdown Live.

Even NXT talent will still get to compete at live events this weekend.

Another way to support women’s wrestling on GRR Day is to open your wallet. Purchase merchandise of your favorite women wrestlers. But again, I challenge fans to go to WWEShop.com and purchase items of WWE women.

If you don’t want to open your wallet, you can make the simple gesture of sending a nice message to your favorite superstar.

Come hang out with us FRIDAY for the LONGEST Royal Rumble Reaction Livestream! HALF of ALL Superchats we receive during the stream will be donated to @SaintJohnsPRC to help empower and support homeless women and children! #WWEGRR #sdlive pic.twitter.com/Igz6vgOSee

You can also go beyond wrestling and support women in other ways. Going in Raw’s Steve and Larson is going to host a livestream of GRR and donate a portion of the money they raise in Superchat to a women’s charity. You could do the same for a local women’s charity in your area.