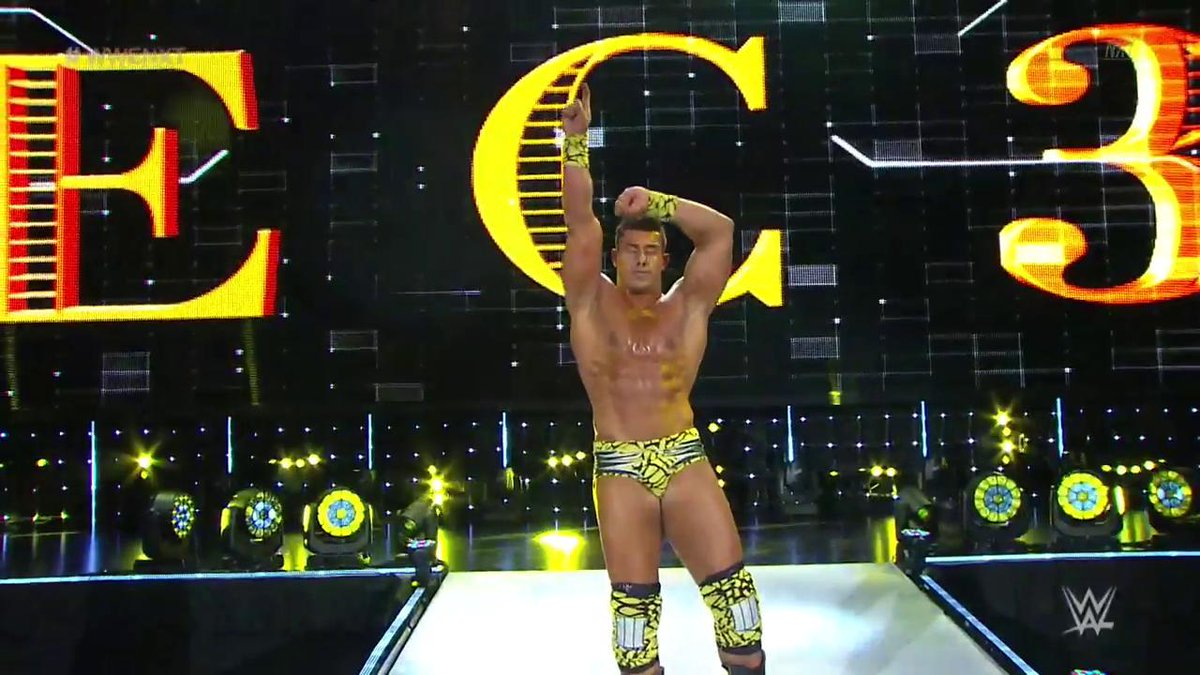 After WWE’s Backlash event left a terrible taste in the mouths of the WWE Universe, fans have the opportunity to savor the best wrestling in World Wrestling Entertainment – NXT.

On the May 9 edition, fans saw the Full Sail debut of the War Raiders – formerly War Machine – as well as the NXT television debut of EC3.

EC3 vs. Raul Mendoza was a quick, showcase for the 1 percenter. Mendoza threw some offense, but it was EC3’s greatest hits. He also delivered a good post-match promo using impressive vernacular and solidifying himself as the “Top 1 percent of the industry.”

Dakota Kai defeated Vanessa Borne in a good match that saw Kai come back to get the win.

Kai’s victory was short as NXT Women’s Champion Shayna Baszler came out and beat up Borne.

NXT has done a great job with the angle of having Kai be scared of Baszler and making the NXT Women’s Champion a competitor to be feared. This went to the back where after being confronted by Baszler, Kai found a laughing Nikki Cross.

Part of me hopes this leads to an angle or a moment where Kai finds the courage to face Baszler and the two have a competitive match.

War Raiders made quick work of Heavy Machinery. Simialr to EC 3 vs. Mendoza, both Tucker Knight and Otis Dozovic got in some offense, but it was Hanson’s and Rowe’s time to shine.

In the main event, Tomasso Ciampa faced Kassius Ohno. Ciampa is perhaps the best heel in wrestling – the fans hate him and he was met with a chorus of boos on the way to the ring.

This was a hard-hitting contest that looked like a fight between two bitter enemies. The icing on the cake was how Ciampa and Ohno talked trash to each other – as well as commentators Percy Watson and Mauro Ranallo calling the action and how devastated they were when Ciampa won the match.

After the bout, Ciampa soaked in all of the hatred from the crowd before he attacked Ohno.

In addition to the matches, fans witnessed a battle of words between Ricochet and Velveteen Dream.

Ricochet opened the episode by setting his sights of NXT gold, Dream berated the high flyer for his moves and told the One and Only he should “go to the back of the line.”

Ricochet looked confident as he delivered his promo and Dream always delivers.

The two took their back-and-forth from social media and brought it to the stage in a promo that turned a banter between one of the best character-driven sports entertainers and one of the greatest wrestlers on the planet.

If these two have a match at Takeover, it’s going to be incredible.

There was also a promo from the Street Profits, saying they want the NXT Tag Team Championships. It was a fun vignette, but it will be interesting to see who they face on their way to a title shot. The Profits are coming off a loss to TM-61.

One other thought I had regarding tonight’s episode:

In regards to War Raiders and EC3, I know fans are nitpicking saying “They’re War Machine” or “He’s Ethan Carter III.” Look I know we may think those names are dumb right now, but I’m sure many members of the WWE and NXT Universes thought the same thing in regards to Finn Balor and Kevin Owens. There are probably some fans who are still upset that Daniel Bryan had to switch his name when he came to WWE.