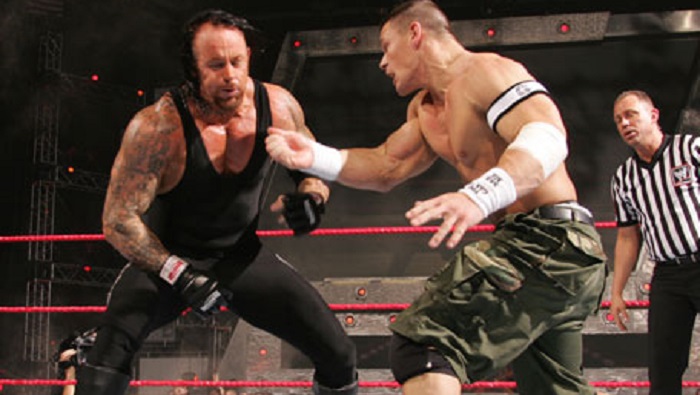 Make no mistake about it, John Cena and the Undertaker will be squaring off at WrestleMania 34, despite a confusing build that could end up looking rather genius in the end.

So let’s get through the question that everyone is probably asking right now; Is the match going to take place?

The 2 WWE icons will be facing off in an “impromptu” match at WrestleMania, but it won’t be in a traditional build, as a match of this magnitude may have warranted.

So why did WWE go this route? Because of the luxury of being able to do so.

The WrestleMania 34 card is stacked and WWE felt very confident in a slow build for a Cena/Taker match due to the strength of the match lineup.

Things changed when Daniel Bryan was cleared to perform at the annual event as WWE saw an already great card, get even stronger.

So, WWE, who is always looking to create a special “WrestleMania moment”, is treating this as an opportunity to do just that on the “Grandest Stage of Them All”.

According to a source, WWE is planning for John Cena to cut a promo at the event in some form or fashion (most likely in the ring) and run down the Undertaker yet again.

At that point, Undertaker will appear and the two will have an impromptu match, more like a Street Fight.

WWE is considering Undertaker’s biker gimmick to respond to Cena, which would go in-line with Undertaker’s apparent “retiring” of the Deadman after his loss to Roman Reigns at WrestleMania 33.

WWE could squeeze 1-3 more matches out of the Biker gimmick, while still honoring the retirement of Undertaker’s Deadman gimmick.

Tune in Sunday to see how it all unfolds live.