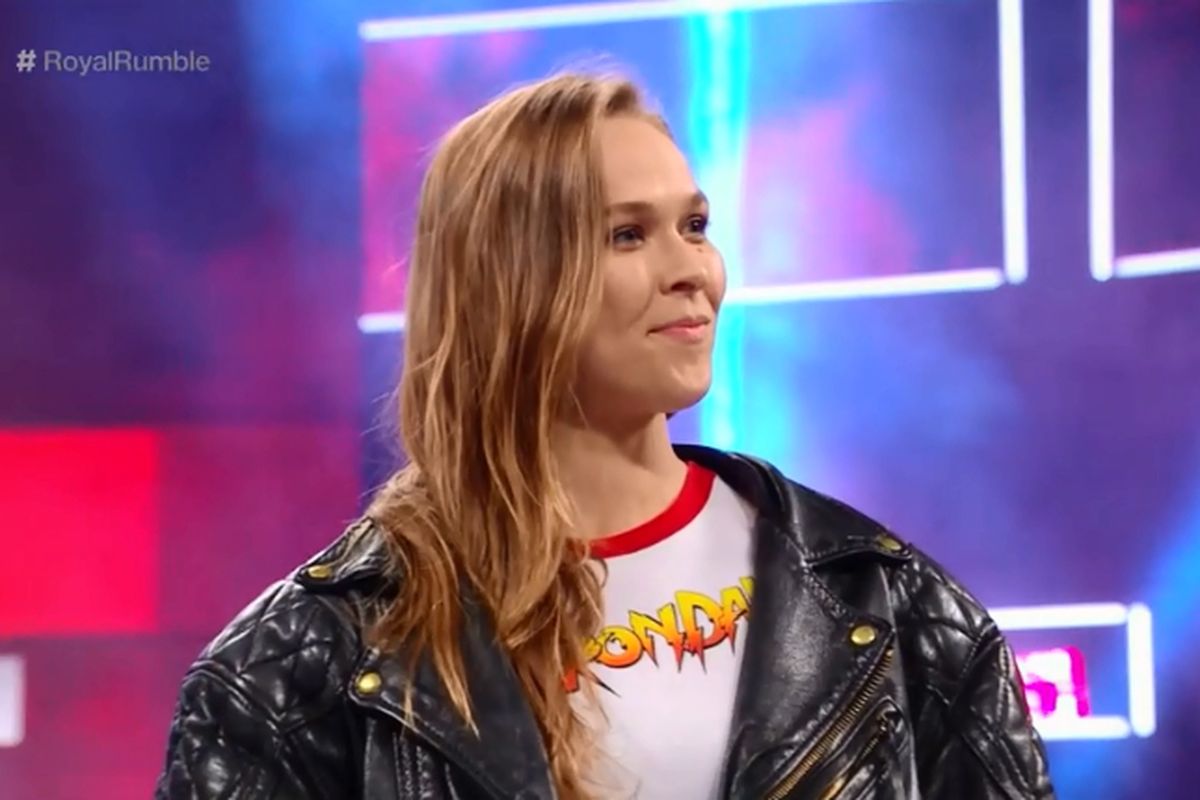 Even though she hasn’t competed in the octagon in over two years, WWE superstar Ronda Rousey continues to receive UFC accolades.

During last night’s UFC 225 broadcast, it was announced that Rousey would be inducted in UFC Hall of Fame Modern Wing on July 5 during the UFC’s International Fight Week festivities.

Rousey will join fellow inductees Matt Serra, former UFC Welterweight Champion who is going into the Pioneer Wing, and former UFC television producer Bruce Connel and promotion co-founder Art Davie, who are both entering the Contributor Wing. Also joining her will be former Strikeforce and Pride Champion Dan Henderson and UFC Light Heavyweight Champion Mauricio Rua who are being inducted for their classic fight in 2011.

Rousey is going to be the first woman to be inducted in the UFC Hall of Fame, which was established in 2003. The UFC’s Hall has 45 inductees, including three in its modern wing. She will join former UFC Champions Forrest Griffin and B.J. Penn and former WEC featherweight titleholder Urijah Faber.

That vignette for @RondaRousey was awesome! I’m super stoked to see her inducted into the #UFCHallOfFame She deserves it ❤️👊💯#UFC225Live#UFC225 #UFCChicago

It’s a worthy accomplishment for Rousey. While she isn’t the first woman to lace up a pair of gloves and compete in mixed martial arts, she is the catalyst for women competing in the UFC, which went from having no female divisions to now having four weight classes with champions.

When Rousey gets inducted, she might have already claimed her piece of WWE gold. At next week’s Money in the Bank pay per view, Rousey will challenge Nia Jax for the Raw Women’s Championship.

Rousey’s profile has skyrocketed since she debuted in WWE in January, taking part in a high profile Wrestlemania match. There’s speculation that next year’s Wrestlemania will feature Rousey and Smackdown superstar Charlotte Flair in a title bout.

Of course fans can see WWE promoting the heck out of Rousey going into the UFC Hall of Fame and it might even play into her angle with Jax. The UFC induction would be a great component for Rousey if she were a heel character. She could talk about how her UFC induction is the linchpin of her MMA tenure and the latest confirmation that she is bringing legitimacy to WWE’s women’s division.

But WWE likes to go the safest route traveled and it will likely be Jax cutting a promo on Rousey’s induction. If she wanted to get some heel heat, Jax could say that Rousey’s induction is a great honor for MMA, but it doesn’t do anything for her as a wrestler, nor will it help her in their match.

Rousey’s Hall of Fame induction announcement wasn’t the only UFC-wrestling crossover element, whatever you want to call it, from UFC 225.

Former WWE Champion C.M. Punk dropped a decision to Mike Jackson. It was Punk’s second foray into the UFC after losing his first fight to Mickey Gall. While went all three rounds with Jackson, he was outmatched from the get go.

In a tweet, ESPN’s Ariel Helwani said Punk was taken to the hospital for a partial CT scan per the UFC’s order.

In regards to Punk, it can be summed up by stealing a phrase from Joey Ryan in that we are lucky to achieve one of our dreams in life, but C.M. Punk got to do it twice.