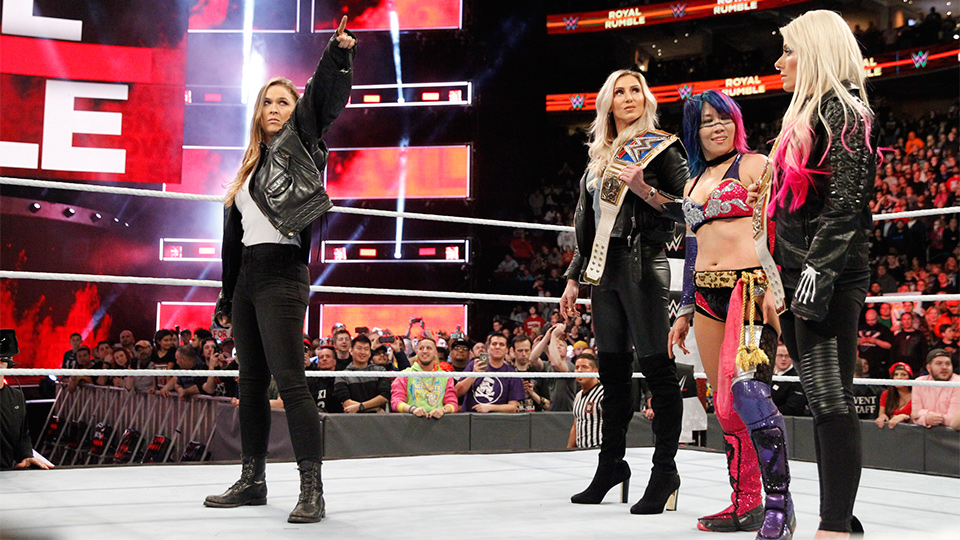 Since her shocking debut appearance at the conclusion of the 2018 Royal Rumble, former UFC Women’s Bantamweight Champion and new WWE superstar Ronda Rousey has had the spotlight, and criticism, directly on her.

The spotlight will be brighter when she makes her official in-ring debut at WrestleMania 34 when she teams up with Kurt Angle to take on Stephanie McMahon and Triple H.

“Mastering new skills is one of the things that motivates me the most” Rousey said in an interview with The Kingston-Whig Standard.

“At first I related it a lot to (movie) stunt work and fight choreography. The more that I get into everything, though they’re very related, it is completely different. I’m completely amazed at what these athletes are really able to do, not just physically, but mentally.

They can make up these entire matches by just talking to each other about it for five minutes — and they barely do anything physical to each other — and then they just walk out and put on these incredible matches. If we were to film the exact same thing for a movie, it would have to have been drilled for six weeks straight and probably have taken about three different takes before we even got one good one. I’m just blown away every day at what everybody in this business is capable of. I’m trying my best to learn. I pride myself on being a great student, but of course it also takes time and it’s hard to learn something from scratch with the whole world watching.”

WWE is investing a lot in Rousey, perhaps their biggest signing since the return of Brock Lesnar several years ago, and have place a lot of faith in he long-term vision of her development.

“I really believe that if and when I apply everything that I have to this industry, I feel like I can be an asset. I’m trying my absolute best and that’s the best I can do and the best that I can do could change the world sometimes. We’ll see what this does.”

“I’m extremely grateful for the opportunity. To be honest, sometimes I can’t believe my own life and the stuff that is happening. I really feel like I’m investing every bit of myself into this and I really feel like the company is matching my effort in every way. If I’m pouring every ounce of energy I have into this being a success and they’re doing everything they can to set me up for success, all I can do is go out there and prove them right for believing in me. Yeah, it’s a lot of pressure and probably a crazy and unrealistic amount of pressure to put on someone for their first match ever, but you know what, if anyone in the world can handle it, I believe it can be me.”

Jeff Hardy at WWE Performance Center Gearing Up For Return