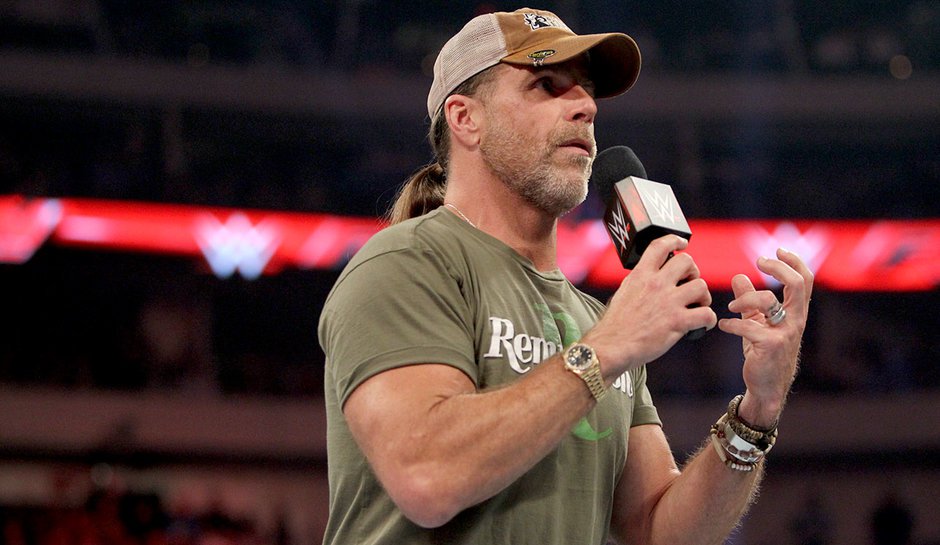 A lot of talk has swirled over the past several months about a potential comeback match, likely a one off, involving WWE Hall of Fame Shawn Michaels, who is widely considered to be the greatest in ring performer of All-time, and has been sticking to his retirement.

However, the 53-year old Michaels cannot seem to avoid the constant questions regarding one more match, and even threw fuel on the fire earlier this year by commenting on a potential match, strongly hinting that he would be more open to it than he had been since his last match at WrestleMania 26.

Michaels is again discussing the potential of a match.

“I always try to explain it to people, if you take me as a younger version and put me in with those guys, of course it would be a blast, but at the same time I’d like to be the younger version of me and be in the ring with a Harley Race or a Buddy Rogers. But none of those things can really happen in real life,” Michaels said, during a recent interview with “Inside the Ropes”.

“To put me in a singles match at WrestleMania, I was always thrilled to do it but it’s a very strenuous, it’s a very anxious, there’s a lot that goes into it, the anxiety. Once you get in there, and especially when it’s done, it’s phenomenal but the getting ready for it is 100-percent work and I don’t know that I want to put myself or my family through that, to go out there and try to steal the show at 53 for God’s sake.”

Interestingly, Michaels discussed getting in the ring with superstars closer to his age, something that he seemed to think would work much better.

“It’s a whole different ball of wax if somebody says do you [and Triple H] want to go down and work with some other 40-plus year old guys, or 50, and mess around and be silly” Michaels said. ”

“So it’s stuff like that, that I would consider. Nobody ever talks about that. It’s always me and somebody half my age.”

WrestleMania 34 Matches Scrapped Due to Injury