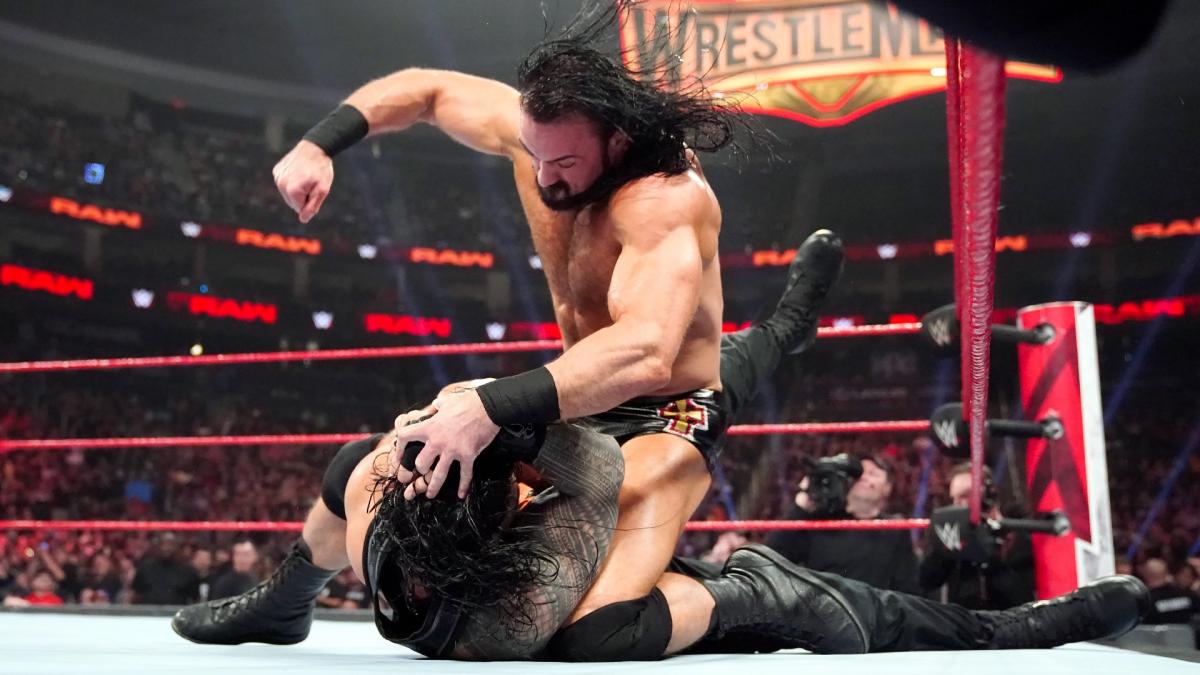 For Raw, their main event was a falls count anywhere match between Dean Ambrose and Drew McIntyre and this was awesome to watch. This match was created after McIntyre sneak attacked Roman Reigns before his match with Baron Corbin, which angered Ambrose and made him demand that match. These two fought all over the arena and McIntyre ended up winning after hitting a claymore kick on Ambrose, who’s arm and head were pinned against a rail. It is looking like McIntyre face off against Roman Reigns at Wrestlemania, which should be a solid match.

For Smackdown, the ending segment with Kofi Kingston and Vince McMahon is really making the story for the WWE Championship match at Wrestlemania intriguing. After Kingston confronted McMahon about not getting a championship opportunity after 11 years with WWE, McMahon said he will give him his opportunity, if he can survive a gauntlet match on Smackdown next week. This gauntlet includes Rowan, the Bar, Randy Orton, and Samoa Joe.

For Raw, they had a segment between Nia Jax and Natalya, which felt rushed from the beginning. After Natalya announced that Beth Phoenix would accompany her for her match against Jax, the match didn’t last longer than a minute before Phoenix interfered and got Natalya DQ’d from the match. This may led to a tag match at Wrestlemania, but having segments that don’t last longer than five minutes is not a proper way to build up a match.

For Smackdown, there was a five minute match between Asuka and Sonya Deville and it was not very good. The ending was similar to the PPV match between Asuka and Mandy Rose, but it was very poorly executed this time around. Asuka has been more involved in a storyline between Mandy Rose and Sonya Deville than her actually being champion, which is not how she should be handled.

Overall, both shows were solid again this week. Both brands focused heavily on Wrestlemania as well as the fallout from Fastlane. There are lots of exciting stories going into Wrestlemania so hopefully both brands continue to ramp up the intensity of each one. With that said, I will have to say that Raw had the better show this week. A great promo between Batista and Triple H, an entertaining main event, and an emotional goodbye to Kurt Angle is what gave Raw the better show this week. In conclusion, WWE has been doing really good building up the road to Wrestlemania, so hopefully they keep this momentum going after this PPV too.