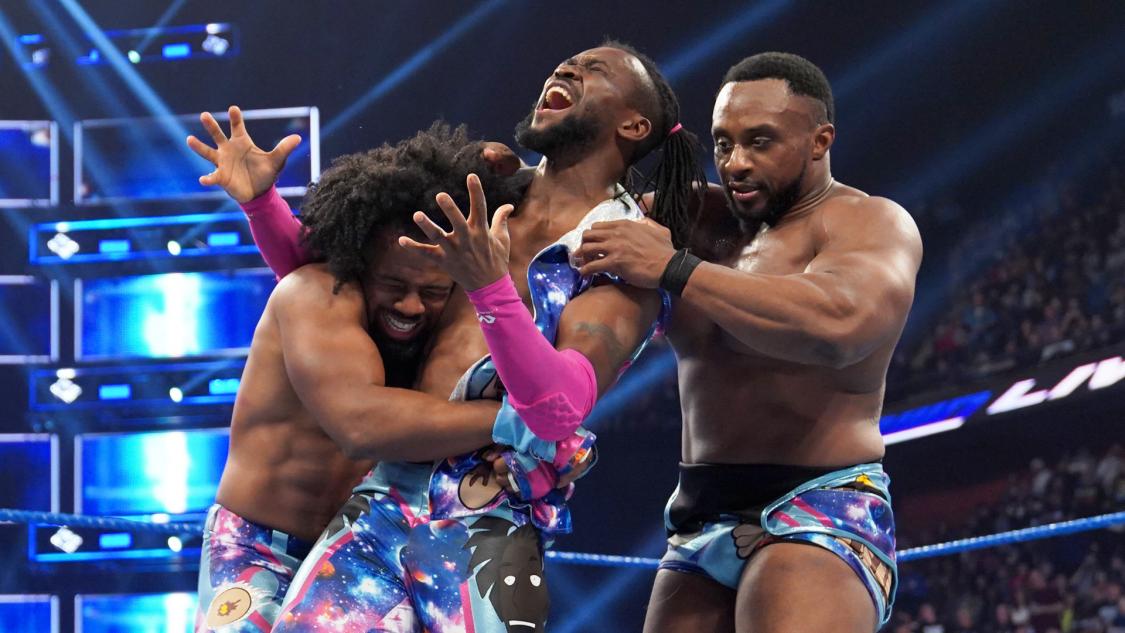 For Raw, the promo between Roman Reigns and Drew McIntyre to build up their match for Wrestlemania kept the momentum going for this rivalry. After McIntyre pleaded Reigns to come to the ring to give him an answer to his Wrestlemania challenge, Reigns came to ring, accepted the challenge, and started a brawl between the two. When Reigns was gaining the upper hand, McIntyre hit a low blow and stood tall. The match between these two is getting a lot of attention and has a big fight feel to it, which how a fight like this should be.

For Smackdown, the tag team gauntlet match to determine Kofi Kingston’s future at Wrestlemania was solid from start to finish. While the gauntlet match idea is starting to run its course for this story because they have done these the past few weeks, this should bring an ending to this story. Xavier Woods and Big E put the New Day on their back as they were able to beat out all the teams thrown at them. Now, we wait and see wait happens as Kofi Kingston is set to face Daniel Bryan at Wrestlemania for the WWE Championship.

For Raw,  the whole segment on a Moment of Bliss with Braun Strowman and the two actors from SNL was not good. First off, having these two guys from SNL compete in the Andre the Giant Memorial Battle Royal makes this match feel like WWE is not taking this seriously. Along with that, the delivery of all of this was just bad too. This is a match that won’t mean anything come Wrestlemania.

For Smackdown, we were told that we were going to have a fatal four way match to determine who would face Asuka at Wrestlemania. Instead, this match did not happen at all and Asuka defended her championship against Charlotte Flair this week. Surprisingly, Charlotte Flair won and really shakes things up for the main event triple threat match at Wrestlemania. While this is an intriguing way to go with the build up to the main event, Asuka’s championship run as a whole flopped, which is a shame considering how dominant she was in NXT.

Both brands continue to focus most of their time on the Wrestlemania matches. Some segments have been good, while others have been bad. As far as overall delivery this week, I will have to say that Smackdown had the better show this week. A feel good ending with the Kofi Kingston story, an added stipulation to the Miz versus Shane McMahon match, and a new women’s champion are why they were able to have the better show. Smackdown was due for a really good show and with all this new information going forward to Wrestlemania, it will be interesting to see how each one is handled.