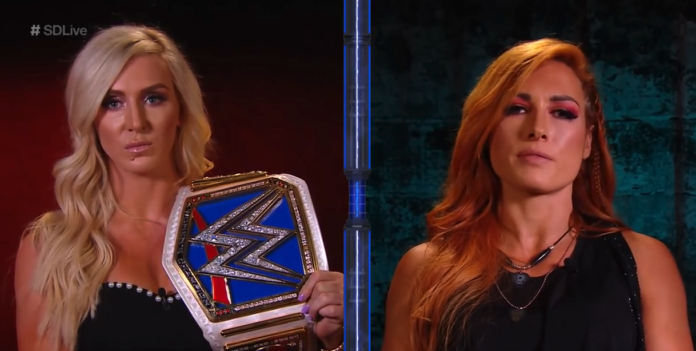 For Raw, we have new tag team champions! After we thought the Revival were going to face off against the B Team for the championship, Drew McIntyre and Dolph Ziggler decided to attack the challengers and take matters into their own hands. This led to Ziggler and McIntyre getting a championship match and they ended up winning. It was only a matter of time before the duo of Ziggler and McIntyre got tag team gold, so this isn’t too much of a shock. This would’ve felt bigger if there would’ve been proper buildup though.

For Smackdown, not only is the Miz vs. Daniel Bryan rivalry great for Smackdown, but the Charlotte Flair vs. Becky Lynch rivalry is hitting on all cylinders  too, and this week proved it. They had a face to face interview between the two and they traded barbs back and forth. The crowd is clearly behind Becky Lynch, which makes things more interesting considering WWE is trying to book Charlotte as the good one in this rivalry.

For Raw, the Authors of Pain call up has made no sense. They get rid of Paul Ellering, stating that they can do things by themselves. But, a few weeks later, they bring in Drake Maverick as there manager? Along with that, he said that his goal was for them to win championships. But, wasn’t that what Ellering was there for to start with? Terrible booking for a team that was the dominant force in NXT.

For Smackdown, the only problem I had with the show this week was seeing R-Truth in the main event against the Miz. While he is great to have around, to be featured in the main event shouldn’t be applied to him. There were other matches worthy of getting that slot. The match overall was decent and it did help progress the Miz vs. Daniel Bryan rivalry further, but this could’ve been used at a different time in the show.

Right now, Raw seems confused what to build up while Smackdown focuses on Hell in a Cell. Raw is trying to promote Hell in a Cell, the Super Showdown in Australia, and Evolution all at once. Due to this, Raw has holes in their story lines and segments that just flat out don’t make sense. With that said, Smackdown clearly had the better show this week. They had lots of progression in all of the matches set for Hell in a Cell and they did a great job at it too. Overall, Smackdown is doing wonderful building up for the PPV, while Raw is getting lost in all of these promotions.